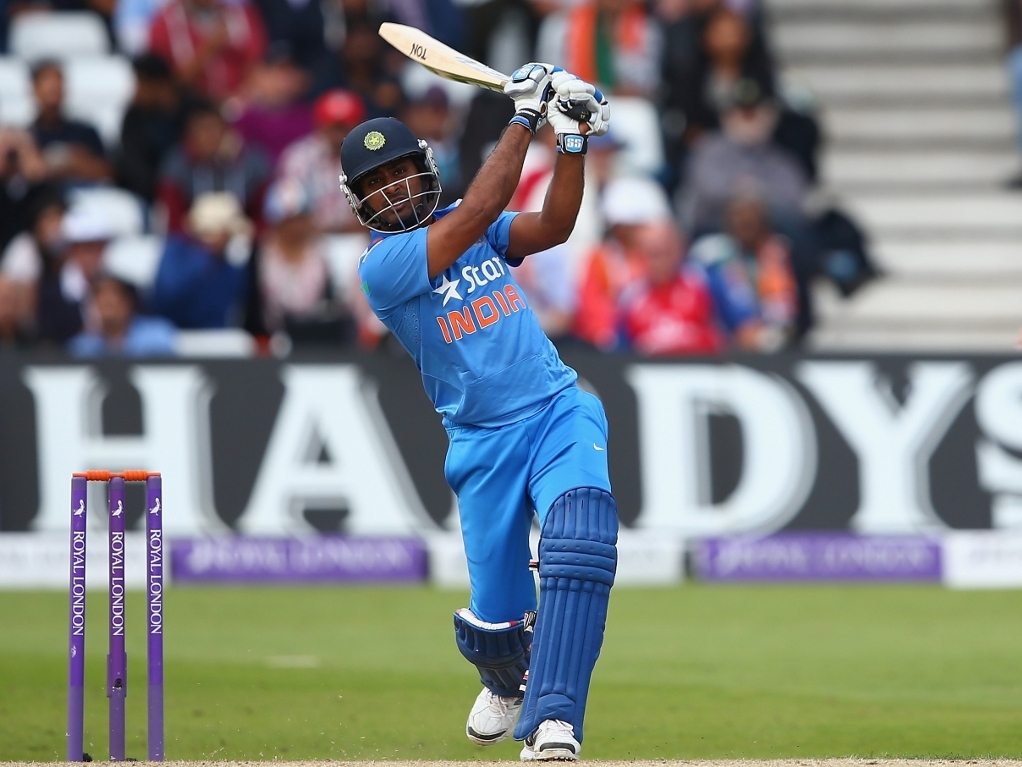 India made light work of a sluggish Sri Lanka for a second game in a row on Thursday, winning the second ODI by six wickets thanks to an unbeaten maiden century by Ambhati Rayudu.

Sri Lanka posted 274 for eight, thanks in large part to Angelo Mathews' 92 which saved them from humiliation. India then reached the target with 33 balls to spare, thanks to Rayudu and Virat Kohli's 49.

Sri Lanka won the toss in Ahmedabad and chose to bat, hoping to do better than the first game, where they were all out for 194 while chasing. It didn't go much better though, as Kusal Perera was out in the first over for a duck.

This left veterans Tillakaratne Dilshan and Kumar Sangakkara to put runs on the board. Dilshan was out for 35 though, leaving Sanga and Mathews to once again steady the ship. Mathews is the leading run scorer across the formats this year.

Mahela Jayawardene was out for four prior to that, so Sanga and Mathews advanced the score to 154 in the 33rd over. but then Sangakkara fell for 61 to Umesh Yadav, and two further wickets fell in the 170s.

Thus, Mathews and tail ender Dhammika Prasad added 54 runs in the last six overs. The score was always well below par though, with at least 300 usually required at this ground.

India's chase was blighted by the loss of Ajinkya Rahane for eight, but after that Shikhar Dhawan and Rayudu went to town, putting on a century stand. Dhawan scored 79 off 80 balls, before falling with the score on 140.

This left Kohli to score the rest of the runs with Rayudu, and they also scored a triple figure partnership. Kohli fell a run short of his half ton though, out with a silly shot to Seekkugge Prasanna.

Rayudu was on 121 not out at the end, his first ODI ton, while Ravindra Jadeja accompanied him back to the dressing room, one more win in the bag. There are three games left in the series.