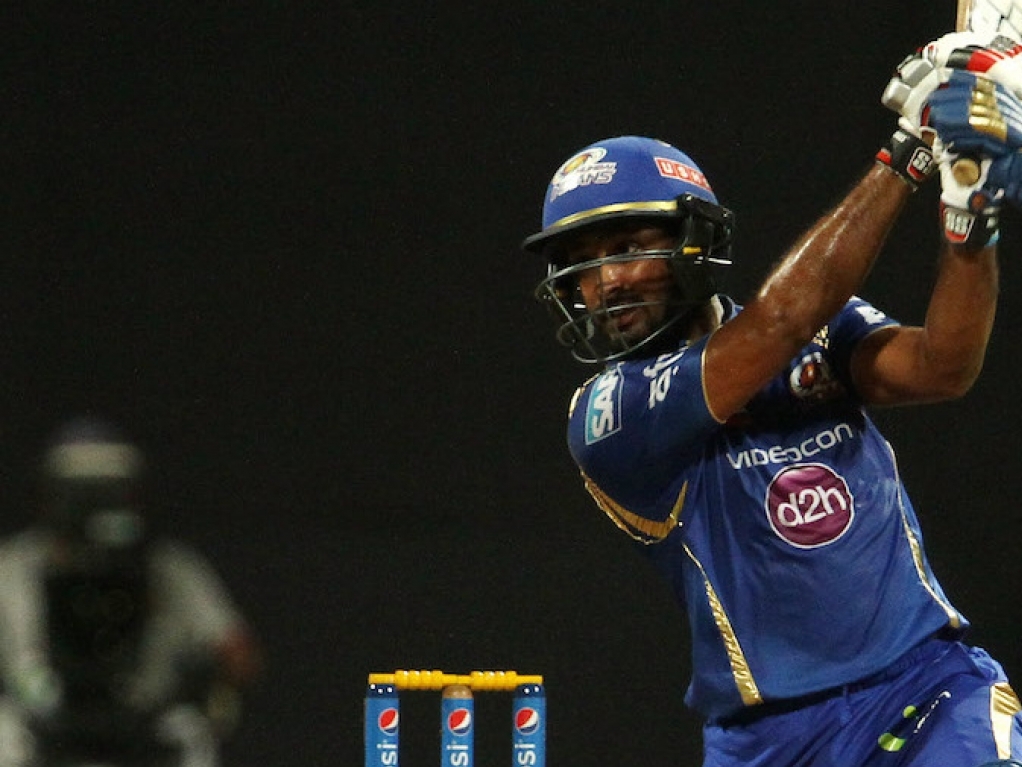 Ambati Rayudu and Kieron Pollard provided some late-order batting heroics to secure a fourth consecutive win for the Mumbai Indians as they beat the Delhi Daredevils by five wickets in the IPL on Tuesday.

In pursuit of a target of 153 for victory, the pair came together at 100 for five with just under five overs remaining and proceeded to smash the Delhi bowlers to all parts of the Wankhede Stadium as Mumbai won with three balls to spare.

Rayudu ended the match unbeaten on 49 while burly West Indian Pollard scored 26 not out off just 14 balls, including three massive sixes, as the duo cliched the win despite their side slipping to 40 for four in the chase.

Mumbai captain Rohit Sharma, together with Rayudu, started the recovery when they put on 60 for the fifth wicket after the top-order played recklessly to lose their wickets. Sharma scored 46 before he departed as Delhi thought they were on top at that stage.

Earlier it was largely down to veteran Yuvraj Singh, who scored 57, that saw the Daredevils reach 152 for six in their 20 overs.

The visitors were reeling at 102 for five after their top-order, including JP Duminy (28) and Angelo Mathews (12), gave their wickets away cheaply.

For Mumbai, spinner Harbhajan Singh bowled an incredible spell of four overs including 16 dot balls and taking a wicket.