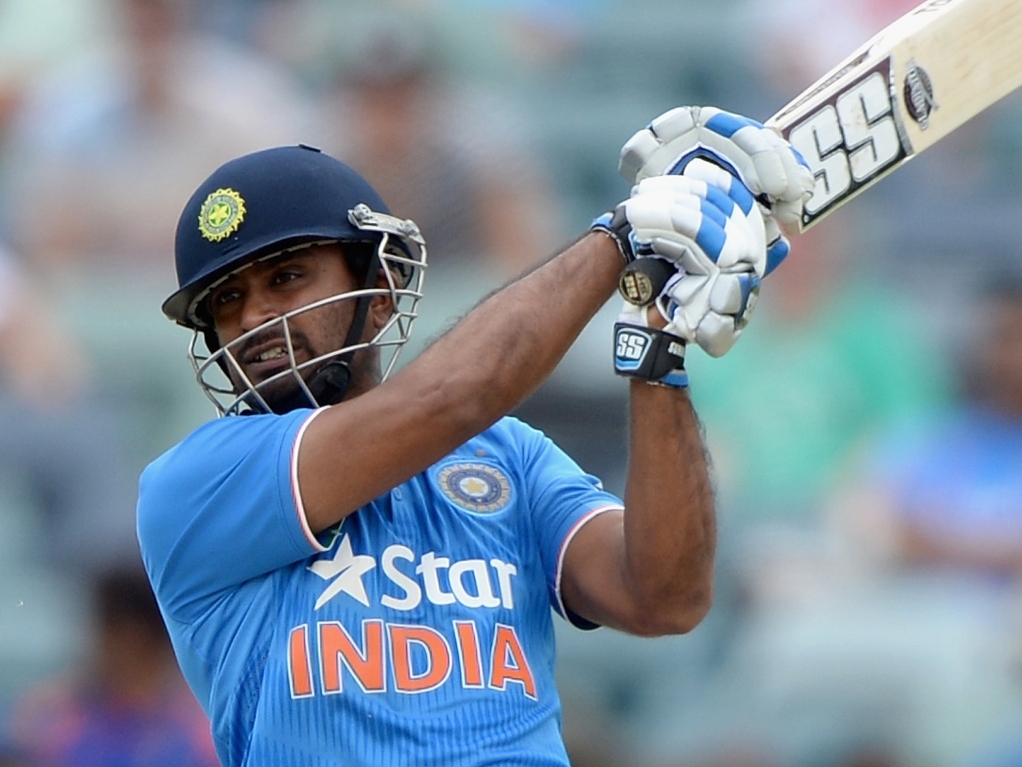 A century from Zimbabwe captain Elton Chigumbura got his side agonisingly close in Harare, but they fell four runs short as India narrowly defended their 255/6 in the first ODI.

India only reached that score thanks to a century from Ambati Rayudu, who scored 124 not out after his side faltered on 87 for five. Stuart Binny made a crucial 77. Zimbabwe needed 10 runs off the last over, but Bhuvneshwar Kumar was able to stifle Chigumbura, who ended on  104 not out.

It was agonising for the home skipper, given it was his second century in as many game, and neither resulted in victory. His previous one, against Pakistan recently, was in a rained off game, and was his first century in the format, after 173 matches.

Zimbabwe won the toss and opted to field against a second-string India side, and it appeared to be the correct decision. The India top order failed dismally, with Murali Vijay, Manoj Tiwary, Robin Uthappa and Kedar Jadhav all out for single figures.

Ajinkya Rahane, the skipper for this series, batted decently enough at the top, making 34, but once he was out, the wickets fell and suddenly they went from 60/1 to 87/5. Chamu Chibhabha took two of those wickets.

Then the vital stand between Rayudu and Binny saved the day, as they took the score from 87 to 247 over the next 24 overs. Binny, in the side after missing out at the World Cup despite being in the squad, recorded his fifty off 63 balls.

He was out for 77 to Donald Tiripano, who had removed Rahane earlier, but Rayudu was able to smack a few runs at the death to push the score past 250. The six runs he scored in the final over proved decisive.

Zimbabwe's chase did not get off to the best start as they were reduced to 47 for two when Chibhabha was out for three and Vusi Sibanda removed for 20. Chigumbura came in at four, two spots higher than normal, and proved most effective.

He and veteran Hamilton Masakadza took the score to 89 before the latter departed. He made 34 but was out to Axar Patel. Chigumbura then shared middling stands with Sikandar Raza (37) and Graeme Cremer (27) but did the bulk of the work himself.

His fifty came off 65 balls, but then he picked up the pace dramatically to reduce the rate required, to make it 10 needed off the last. His century had come the over before, off 96 balls. Kumar was en pointe though, bowling yorker after yorker to deny the hosts.