Home Indian Premier League RCB in trouble after wash out

RCB in trouble after wash out 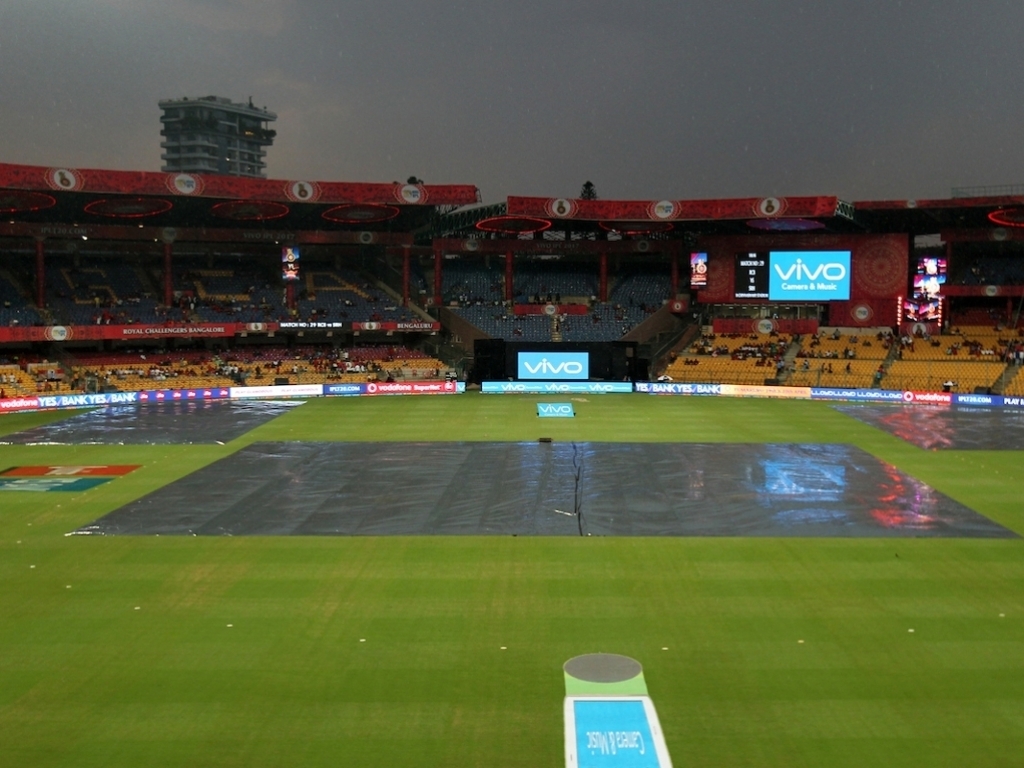 Royal Challengers Bangalore must win all five of their remaining games if they are to have any hope of making the playoffs after their contest with the Sunrisers Hyderabad was rained off.

RCB were rock bottom ahead of the game and would have been eager to bounce back from the embarrassment of being dismissed for just 49 in their last outing.

Both sides took one point each from the match lifting RCB out of the basement but bottom franchise the Gujarat Lions have a game in hand on the Bangalore franchise while seventh place Delhi Daredevils have played two fewer than Virat Kohli's men.

The rain came and went teasing the possibility of a game but as the evening wore on it became clear that the clash would not take place.

The David Warner led Sunrisers Hyderabad won't be overly thrilled with the outcome, they would have hoped to kick RCB while they are down and put some distance between themselves and fourth place Rising Pune Supergiant.

RPS can leapfrog the Sunrisers into third if they can find a way to beat second placed Kolkata Knight Riders in Pune on Wednesday 26 April.

RCB are next in action on Thursday April 27 when they face fellow strugglers the Gujarat Lions while the Sunrisers have to wait until Friday April 28 for their clash with mid-table Kings XI Punjab who have been dangerous but inconsistent so far.