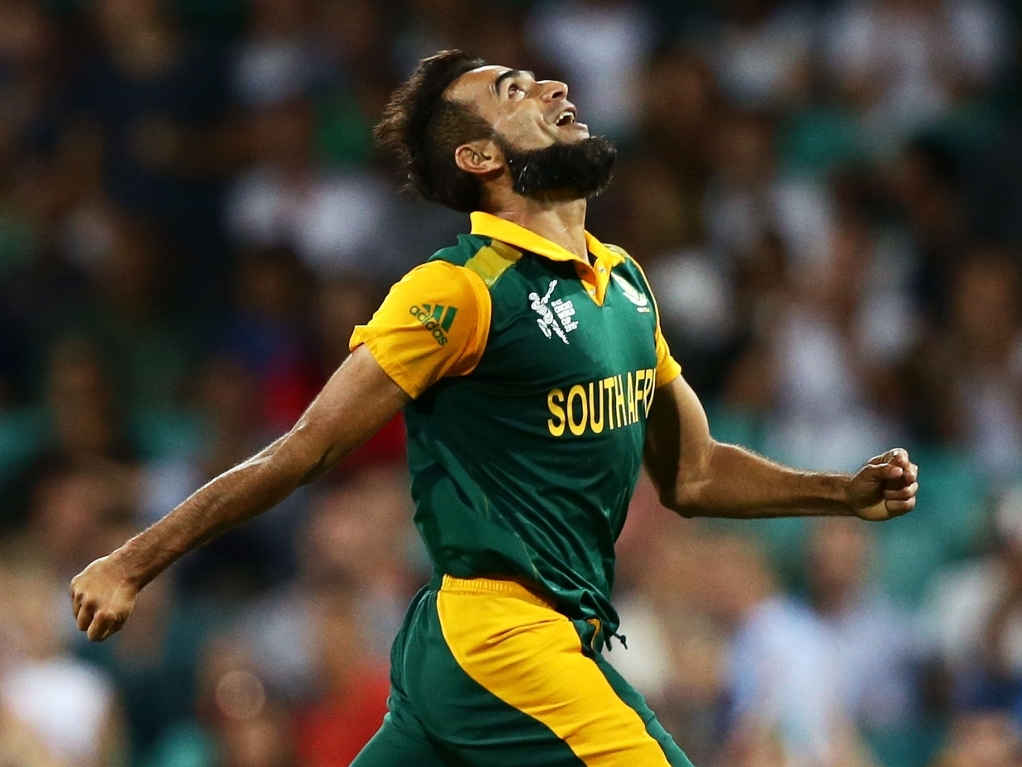 There were so many records broken and milestones reached in the match between South Africa and the West Indies in Sydney on Friday, but none eclipsed the massive effort from AB de Villiers as he led the side to a 257-run victory.

His 162 not out off 66 balls was the fastest 150 in ODI history (off 64 balls), and gave him the unique honour of holding the records for the fastest ODI fifty, century and 150, all at the same time. He's not number one in the rankings for nothing.

The Proteas were under pressure going into the match at the SCG, having lost to India and the top order failing, but the Windies, as they showed in January, proved to be cannon fodder for the likes of AB, Hashim Amla, and Rilee Rossouw.

If those three batsmen were football clubs, their supporters would sing 'Can we play you every day' to the West Indies bowlers, especially Jason Holder. The poor Windies skipper went for a new World Cup record of 104 runs in his 10 overs, with AB smashing him for 75 runs in his last three overs alone.

He had the unfortunate task of bowing at the death, and is now also the most expensive bowler for two consecutive overs in ODI history, going for 64 runs in 12 balls, beating the 49 runs Steve Finn had conceded to New Zealand last week.

South Africa won the toss and opted to bat, looking to get their batsmen in on the cracking batting deck, and though Quinton de Kock failed to reach the teens, the rest of the order had a swell time, with a string of 60s lighting up the board.

Amla and Faf du Plessis put on a century stand, with the early batting somewhat sluggish as they struggled to pass the four per over mark. But they built a solid platform for the latter overs, as both recorded half centuries.

Chris Gayle, fresh off his double ton against neighbours Zimbabwe, did the job of removing both set batsmen in the same over, with Du Plessis edging behind for 62 and then Amla trapped plumb in front for 65. As it turned out though, losing them was a blessing.

De Villiers and Rossouw, both of whom cleaned up nicely in the ODI series in January, went on the rampage and also recorded a triple-figure partnership. Their 100 together came off just 60 balls, as Rossouw made 61 off 39 balls.

De Villiers continued almost on his own after that, with David Miller adding 20 at the other end, and Farhaan Behardien watching the ball sail over his head repeatedly. The last 3.2 overs saw SA score 80 runs, of which Behardien made 10.

The 408 for five the Proteas made was the highest ODI score on Australian soil, and second highest in World Cups. The Windies would have needed their entire top order to fire, and not one of them did.

Gayle was removed for a cheap three by Kyle Abbott, and the Durban boy then bagged Marlon Samuels for a duck. Imran Tahir, on his way to a maiden ODI five-fer then removed Dwayne Smith and Lendl Simmons in one over to leave the Windies reeling.

Tahir at one stage had four wickets for five runs, once again showing that batsmen underestimate him at their peril. He's the Proteas' best ODI bowler at the moment, not that anyone seems willing to acknowledge that. He ended with figures of 5/45.

The match was wrapped up after a bit of a tail wag, as Holder tried to redeem his earlier efforts. He made 56 with the bat before becoming Dale Steyn's lone wicket, and Morne Morkel's strike finished the game in the 34th over. The winning margin is the joint-biggest in World Cups, the same as India against Bermuda.

The Proteas thus made a solid leap up the group B table into second place behind India, and will next face Ireland on Tuesday. This should give them another two points, with matches against Pakistan and the UAE to follow.

Three more wins will put the Proteas in a favourable position heading into the quarter finals, with the hopes that India will slip up and allow them top spot.