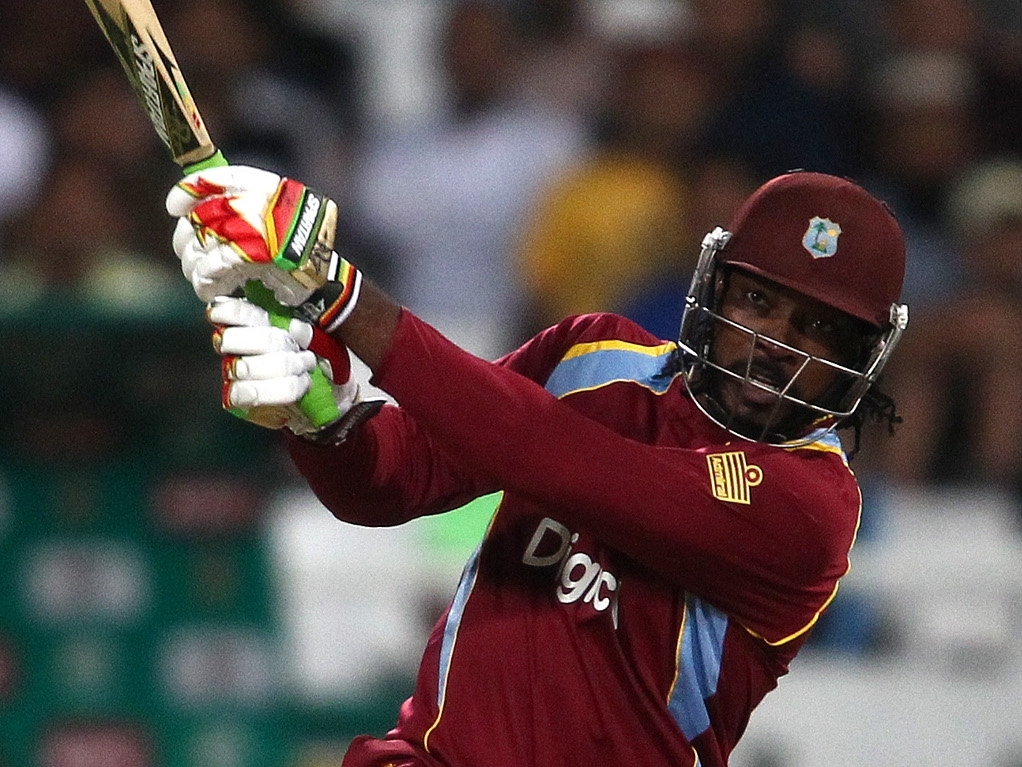 A packed Wanderers stadium were treated to some of the best batting ever seen in T20 cricket on Sunday, as Faf du Plessis and Chris Gayle delighted the crowd in the second T20, which the Windies won by four wickets in thrilling fashion.

Gayle then replicated the form he showed in the first game, which the Windies won as well, and made 90 off 41 balls. The visitors went on to win the game with four balls to spare, with 232 the highest successful chase in T20 history.

The previous best international score to win while chasing was 211 by India, and the Windies made it look easy as the South African second-string bowlers failed to hit their lines and lengths on what was already a belter of a track.

The Windies won the toss and opted to bowl, clearly preferring to chase. They quickly removed Morne van Wyk in the first over, and then Rilee Rossouw was out for 15, leaving Du Plessis and David Miller together.

The pair went to town on the visiting bowlers, with Du Plessis' fifty coming off 23 balls, a tied record for a Proteas batsman. Miller was also on form, hitting a massive six out of the ground, onto the golf course next door.

They put on 105 runs together in eight overs, before Miller fell three runs short of his maiden T20 fifty. He was niftily run out by Andre Russell, who used his considerable football skills to kick the ball into the wickets.

Justin Ontong then joined the effort and made 19 runs off 12 balls, while Du Plessis made his century off just 46 balls. By the time he was out for 119, overtaking Richard Levi's 117no as the best SA effort, he could hardly stand from exhaustion.

The death batting was actually quite poor from the hosts, as Farhaan Behardien continued to frustrate, making eight runs off 12 balls, while David Wiese was out for six.

Still, the Proteas could have assumed 231 would have been enough, given how few teams had reached such heights, but the Wanderers is the venue of that famous '438' ODI, and this game became the T20 equivalent.

The Windies came out with clear intent, as Gayle and Dwayne Smith made 19 runs in an over and a bit, before the latter was out for 17. By the fourth over the Windies had already reached 45.

Gayle's fifty came off 20 balls, and he then kept on track to the fastest T20 ton as he and Marlon Samuels ate up the runs. Gayle was eventually out for 90, having hit seven sixes and nine fours, when he was caught behind off Wiese.

The paceman also accounted for Samuels, who had romped to 60 off 39 balls, and then also removed Kieron Pollard for seven. Suddenly it looked like the hosts may have gotten away with it, as Andre Russell and Dwayne Bravo also fell cheaply.

But Darren Sammy held a cool head, and with most of the work already done by the top order, he made 20 off seven balls to secure the match. The final over saw them need only three runs, and Sammy ended it with a six.

The Windies have thus won the series with one game to play, and the Proteas will need to up their efforts in Durban, especially with the ball, if they are to avoid a whitewash.