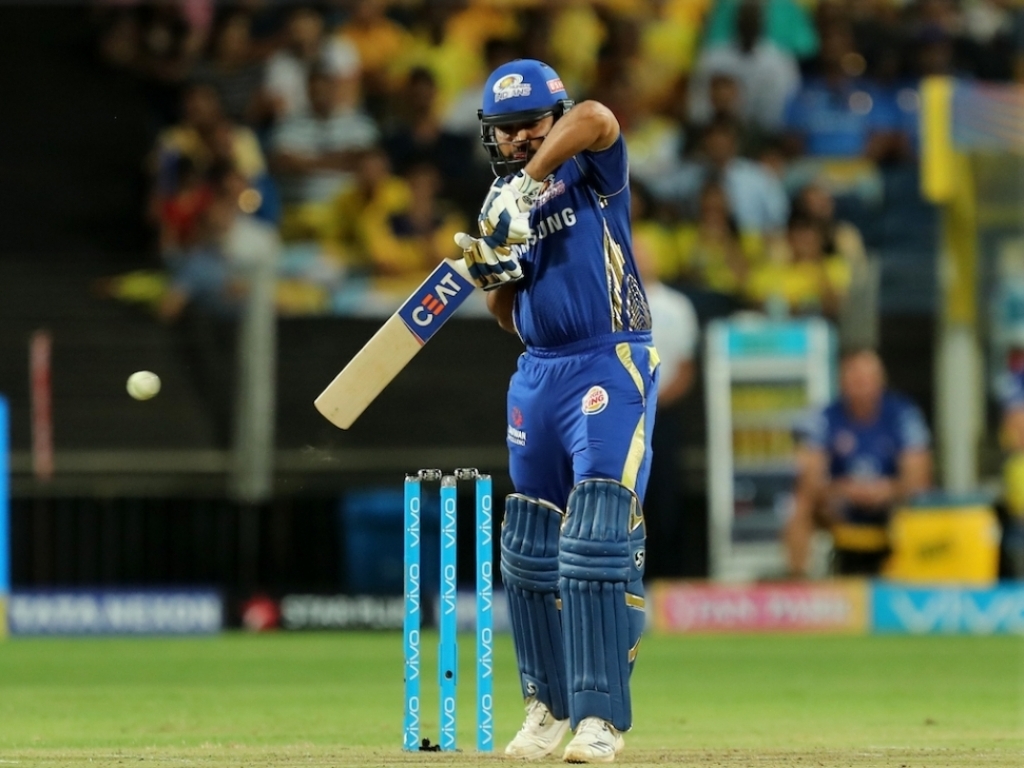 An unbeaten fifty from Rohit Sharma was the decisive factor in the Mumbai Indians clash with the Chennai Super Kings which they won by 8 wickets.

Earlier Suresh Raina found form to power the Super Kings to 169 for 5 in their twenty overs he ended the innings on 75 not out.

Ambati Rayudu kept his hot streak going with 46 from 35 balls from the top of the order while Shane Watson (11) faltered.

MS Dhoni contributed 26 to the cause as well while Mitchell McClenaghan (2/26) was the pick of the Mumbai bowlers with the Kiwi accounting for Captain Cool and Dwayne Bravo off successive balls to derail the push for a big finish.

In reply Mumbai got an ideal start from Suryakumar Yadav (44) who partnered well with Evin Lewis (47) up front though the West Indian was far from fluent but when he holed out to compatriot Bravo the game was almost sewn up.

Rohit (56*) launched a final assault that saw the Mumbai franchise earn their second win of the campaign with two balls to spare.

A lack of penetration from the Super Kings bowlers was notable and it allowed the Indians to complete a straight forward chase.