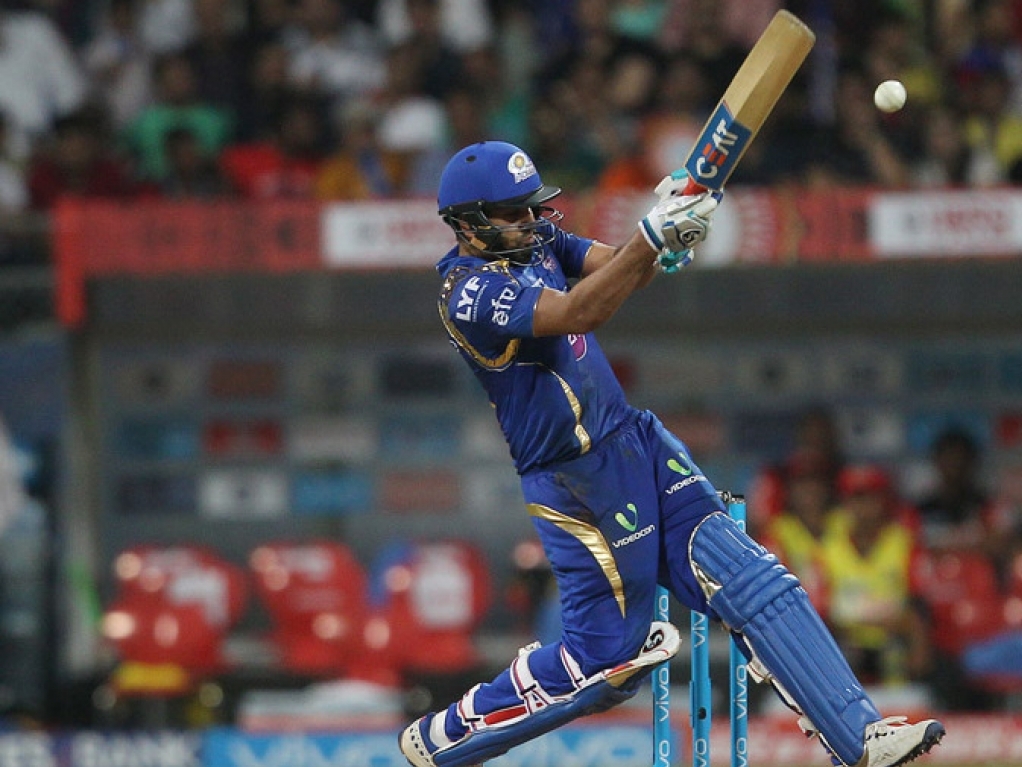 Captain Rohit Sharma led from the front as the Mumbai Indians beat the Royal Challengers Bangalore by six wickets, with two overs remaining, at the Wankhede Stadium on Wednesday.

Chasing a victory of 171, Rohit hit 62 off 44 balls to set a great platform for the hosts even though they lost the early wicket of Parthiv Patel (5) in the second over.

Rohit partnered with number three Ambati Rayudu (31) for a stand of 76 to set the Mumbai team on their way to an important victory.

Even with the fall of Rayudu and then Rohit, the home team still had enough firepower in their locker as Jos Buttler contributed 28 from just 14 balls while West Indies allrounder Kieron Pollard smashed an unbeaten 40 to steer the side home.

The Royal Challengers' left-arm spinner Iqbal Abdullah, who was playing his first game of the tournament, tried hard to keep his team in the game with figures of three for 40 but it was not enough.

Bangalore lost the game with the bat as they could only muster a total 170 for seven in their 20 overs, which was never going to be enough on the notoriously flat Wankhede pitch.

Australian Travis Head, who came into the team for West Indian Chris Gayle, top-scored for the visitors with 37 but the reliable duo of AB de Villiers (29) and Virat Kohli (33) failed to fire as they have done in the last couple of matches.

Seamer Jasprit Bumrah was the pick of the Mumbai Indians' bowling attack with figures of three for 31 while Krunal Pandya picked up two wickets.