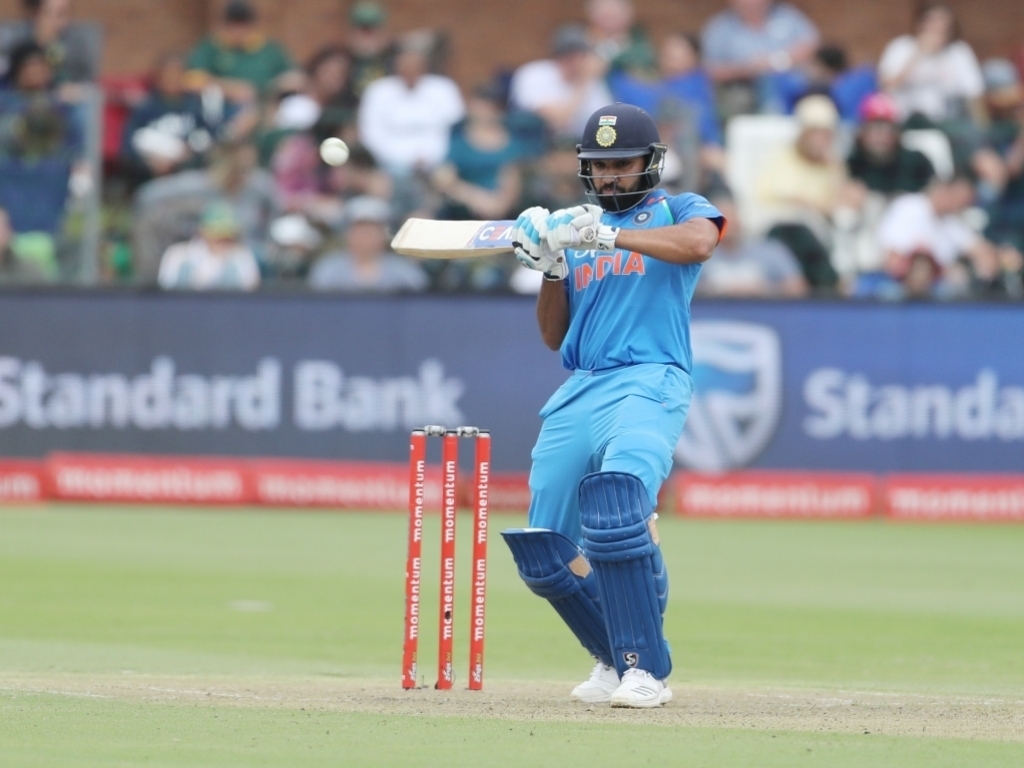 Rohit Sharma hit his 17th career ODI century to set India up for a 73-run victory in the fifth ODI in Port Elizabeth on Tuesday and an historic 4-1 series victory with one match still to be played in Centurion on Friday.

A timely 115-run century by the out-of-form Rohit anchored the India innings of 274/7 after they were put in to bat by Proteas captain Aiden Markram on an overcast day on a pitch that had a good tinge of green on top of it.

The hosts were bowled out for 201 in reply as they once again were outplayed by India, all the while disappointing a healthy and boisterous crowd.

Markram’s decision to bowl first would have been influenced by the fact that batting at night has become significantly easier at this ground since the new floodlights were installed before this season.

Spinner Tabraiz Shamsi found his way back into the side in the place of Chris Morris, who sat out with a stiff back.

That Morris is a much better batsman meant that South Africa’s batting order looked a little light with Andile Phehlukwayo at seven, despite the allrounder’s heroics at the Wanderers on Saturday.

India were not without a good slice of luck at the start of their innings as the openers frequently played and missed and edges went for four and, knowing that they could not lose the series, they then rode their luck and took on the hosts’ opening bowlers.

Shikhar Dhawan (34) then holed out on the boundary off Kagiso Rabada (1-58) and Virat Kohli (36) joined Sharma in the middle.

The pair added 105 runs at almost a run a ball to give India a fantastic foundation from which to make a big score. At 150 for 1 from 25 overs they would have fancied 320-plus but once again, they were unable to sustain it.

Both Kohli and Ajinkya Rahane (8) were unnecessarily run out in quick succession and a short while later, Lungi Ngidi took three quick wickets while India added only two runs.

The total was always going to be a competitive score on yet another pitch that had slowed down and become harder to score on against the softer ball.

The Proteas would have fancied their chances and they got off to a fair start as Aiden Markram and Hashim Amla put on 52 for the first wicket inside 10 overs.

But one quickly brought two and soon Markram (32) and number-three JP Duminy (1) were both in the hut. AB de Villiers (6) became Pandya’s (2-30) second victim two overs later and it became clear that someone would have to produce something special of the Proteas were going to get close.

Dave Miller (36) and Amla (71) kept the dream alive but the dogged combination of wrist-spin and bad running continued to plague the home side. Once Amla had run himself out the game was pretty much up.

Wickets kept falling on a pitch that produced increasing turn, no matter how good the lights might have been, and Heinrich Klaasen (39) sure put up a fight but it was never enough.

South Africa’s long tail was exposed and the Proteas were bowled out for 201 in just the 43rd over.

Proteas coach Ottis Gibson conceded that it was a disappointing series. “We were optimistic that the series was still there to be drawn – we did well to bowl them out for a par score but we let ourselves down with the bat.

“We know we have the players that can adapt (to ODI cricket) but they just haven’t done their job, which is disappointing.

“India’s spinners took at least five wickets in every match – they are extremely good but we should have fared better than that against them.”

Gibson added: “When you take three of the best batsmen in the world out of your team it will always be tricky to do well. When you are playing India you are going to struggle.

“We got a good hiding from India but it has given us a lot of food for thought going forward. I’m very certain that we will be a lot stronger for the experience.”

Knowing India, they will not take the final match on Friday lightly. There is then only one day off before the three-match T20 series gets underway on Sunday at the Wanderers.

By Nick Sadleir in Port Elizabeth