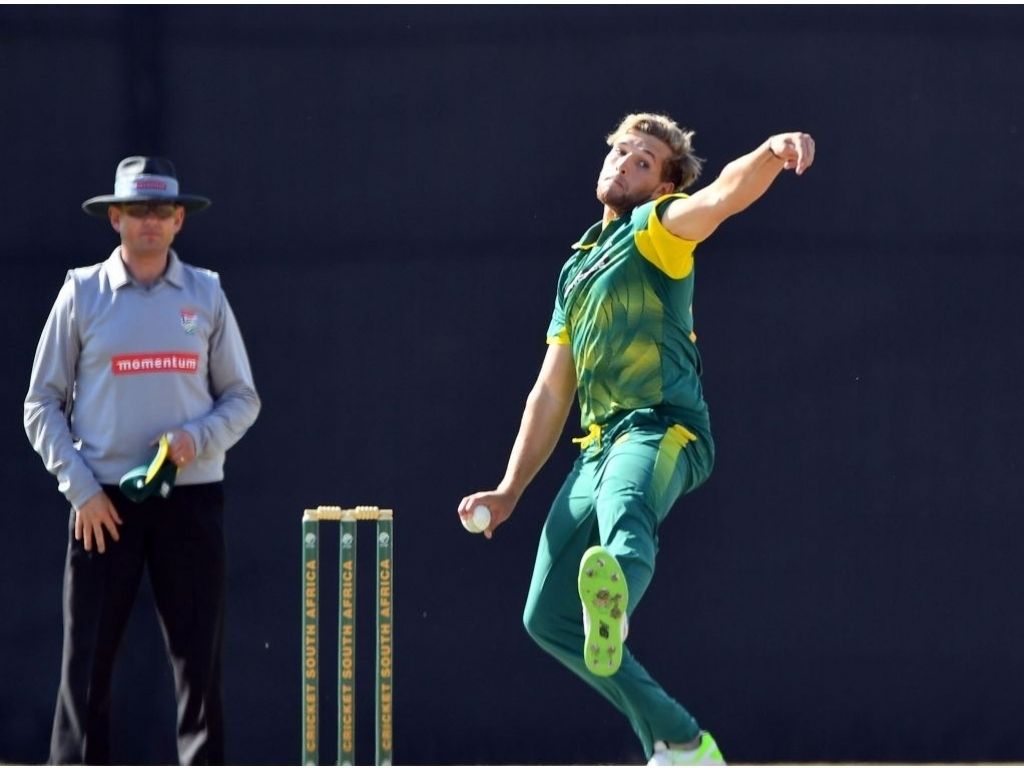 All-rounder, Wiaan Mulder, was the star with both bat and ball as the Proteas beat a Sri Lanka Board XI by 63 runs in a 50-over warm-up match at the P.Sara Oval in Colombo on Thursday.

Mulder stroked 56 off 57 balls batting at No. 8 and then took three for 12 with the ball to help start the limited-overs campaign on a positive note.

The 20-year-old clubbed eight fours during a valiant tenth-wicket partnership of 60 with Junior Dala (19 not out), which lifted the Proteas to a competitive score of 293 all out in 49.4 overs after Faf du Plessis won the toss and elected to bat.

Quinton de Kock’s struggles on the sub-continent continued with a three-ball duck, he was dismissed lbw to opening quick Binura Fernando in the first over. Hashim Amla (16) and Aiden Markram fell in quick succession, with the latter unfortunately run out at the non-striker’s end for one. The Proteas were struggling at 32 for three after seven overs, but captain Du Plessis and JP Duminy (19) briskly re-built the innings with an attacking fourth-wicket partnership of 67 to shift the momentum. Du Plessis went on to play an entertaining knock of 71 off 60 balls, and was the most successful batsman on the day blasting 10 fours and one six to all corners of the oval.

Reeza Hendricks (59 off 54 balls) and David Miller (40 off 47 balls) also found early tour form with solid contributions in the middle order, and put together 70 for the sixth-wicket in an extended batting line-up. It was a useful outing for most of the batsmen, particularly against a strong Sri Lankan outfit which featured several internationals.

The new-ball pair of Lungi Ngidi (1/37) and Junior Dala (2/45) ran in with good pace and intensity to set the tone upfront, and were well supported by the second change of Andile Phehlukwayo and Mulder (3/12), along with Tabraiz Shamsi (3/41) who was a handful in the middle overs. Duminy (1/16) also bowled a tidy five over spell, which highlighted the important role he could play with the ball in the upcoming series. 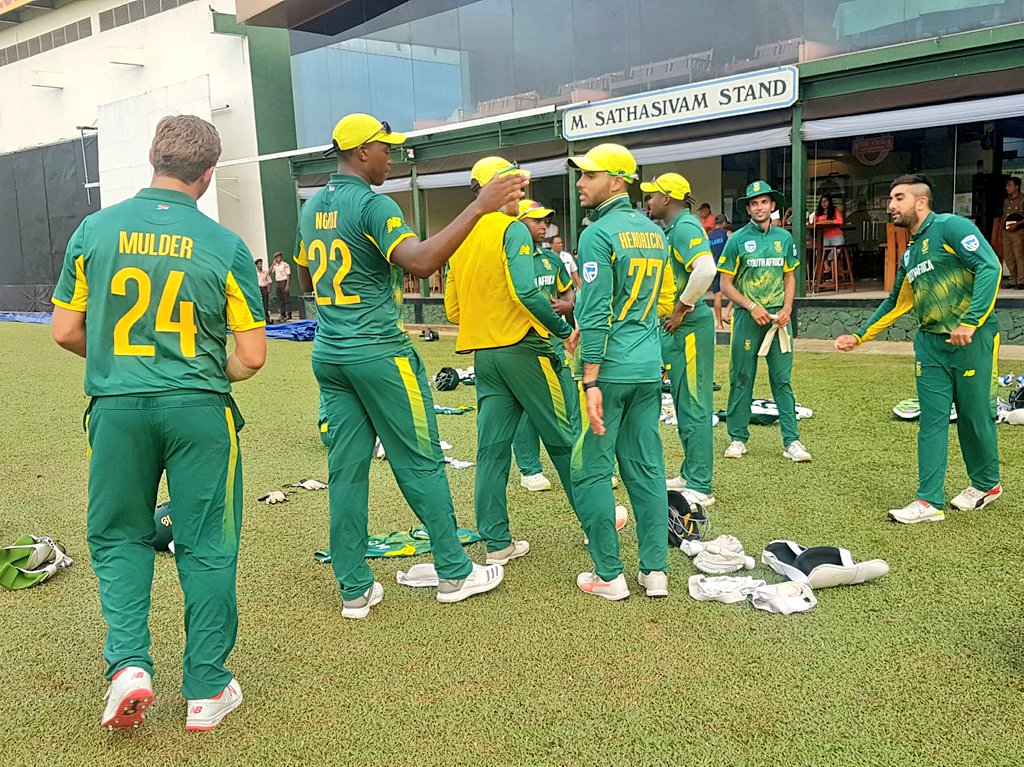 Isuru Udana (53) top-scored for the home team with a late burst towards the end of the innings, and Dimuth Karunaratne continued with his form from the Test series with a handy half-century at the top of the order.

Mulder, who only has one ODI cap to his name, hopes the players can take the learnings from the warm-up match into the upcoming series.

“I think the wicket was a fair indication of what the wickets are going to play like, especially with them playing some of their players who will be playing in the series,” he said. “For me it was a fair wicket, it was decent to bat and to bowl on. It is something we can take into the series, it was great preparation. There are a lot of us who will take a few things into the ODI series from this match, it can only benefit us as a team.”

The squad will travel to Dambulla on Friday ahead of the opening match of the series on Sunday.