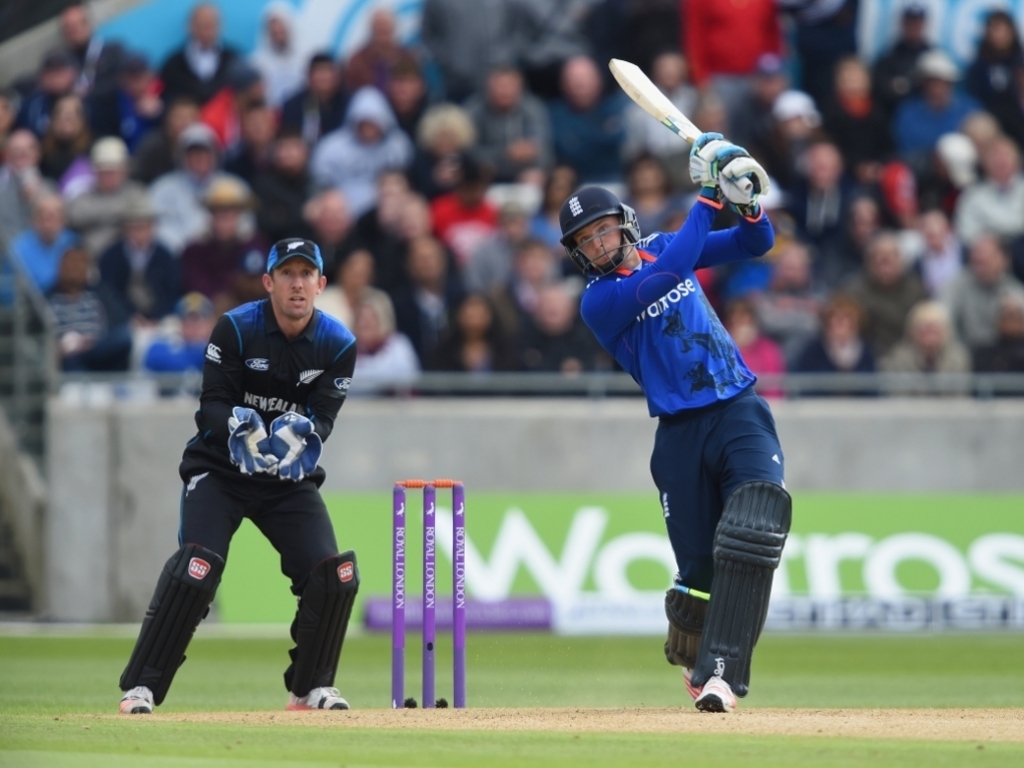 Before the first of five ODI's against the Black Caps, all the talk was of how England will ditch their old-school approach that has seen them fall behind in world cricket and play with a new sense of freedom in the colour clothing.

They certainly stuck to their word as they plundered their highest ODI total of 408 for nine in 50 overs before restricting the visitors to 198 all out on an extraordinary day at Edgbaston on Tuesday.

After being sent into bat by New Zealand skipper Brendon McCullum, England lost the wicket of Jason Roy to the first ball of the game, caught off the bowling of Trent Boult.

Alex Hales and Root then put on 50 for the second wicket as England kept attacking despite the loss of the early wicket. Boult was the only bowler troubling the English batsman, and he got Hales, for 20, caught on the fine-leg boundary going for a hook shot.

England captain Eoin Morgan (50) shared in a stand of 121 with Root, who went to his hundred off just 71 balls, but then they wobbled slightly with their new-found approach.

They lost Morgan, Root (104), Ben Stokes (10) and debutant Sam Billings (3) in quick succession as they slipped to 202 for six. Buttler then combined with Adil Rashid, playing his first international since 2009, to put on a world-record seventh wicket partnership of 177.

Buttler hit 129 in 77 balls and Rashid 69 in 50 balls as England comfortably went past their previous highest ODI score of 391.

The Black Caps were never really in the chase as they lost McCullum in the first over and never really recovered. Only Ross Taylor scored a a half-century.

The Kiwis will look for a drastic improvement in the remaining four matches of the series.