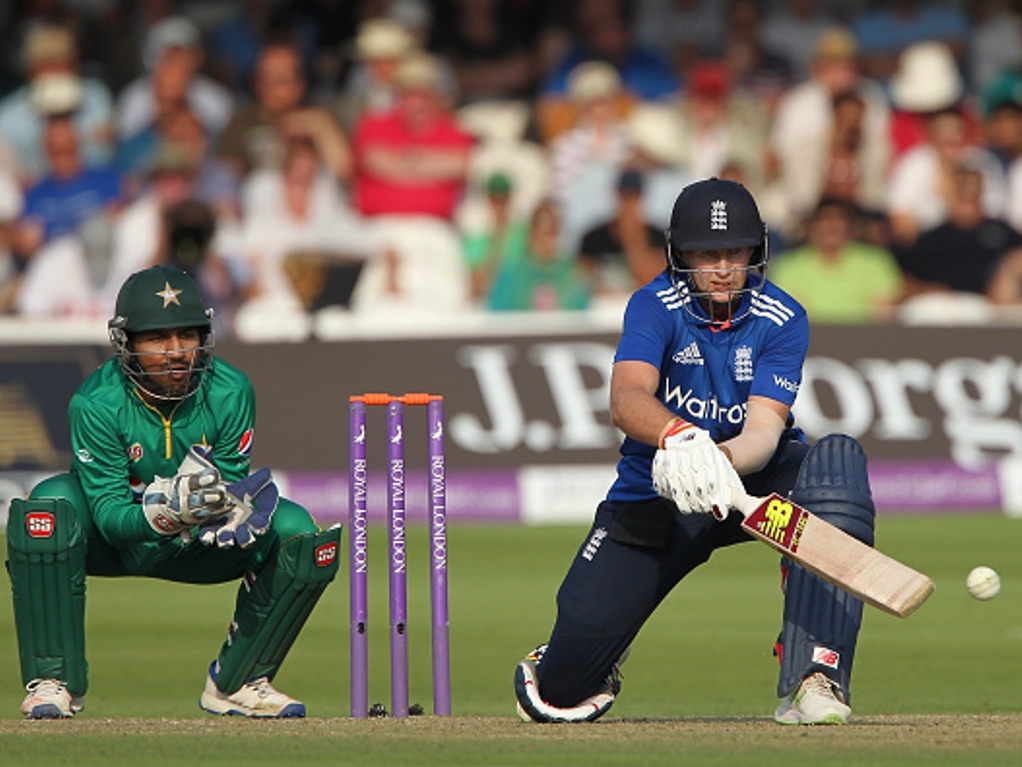 An excellent innings of 89 by Joe Root and a half century by Eoin Morgan saw England take a 2-0 in the ODI series against Pakistan as they won the contest at Lord's by 4 wickets.

Pakistan had earlier mounted a brilliant fight back to recover from 2 for 3 to post a total of 251 thanks, in large part to a century by wicketkeeper Sarfraz Ahmed.

England's opening bowler's made early inroads picking up three wickets inside the first four overs, with Chris Woakes grabbing two and Mark Wood, bowling Sharjeel Khan with an absolute ripper to remove the opener for a duck.

Sarfraz would then form three critical partnerships, a 66 run stand with Babar Azam (30) followed by a 59 run effort with Shoaib Malik (28) before putting on 77 with Imad Wasim.

Adil Rashid removed Sarfraz for a career best 106 before Imad was left to try and rally the tail. Imad finished on 63 not out running out of partners in the final over with Pakistan on 251.

England's chase got off to a less than ideal start as Jason Roy was bowled by Mohammad Amir off the second ball of the innings for nought.

Alex Hales lean run continued as he was dismissed for 14 to leave England struggling at 35 for 2.

Eoin Morgan and Root would take control though with the skipper finally getting past fifty for the first time in 12 innings. The pair put on 112 before Morgan was cleaned up by Imad for 68.

Ben Stokes joined Root and moved quickly to 42 before he was bowled by Hasan Ali to leave England 203 for 4.

Jos Buttler (4) was at the crease briefly before being run out by a direct hit from backward point, this left England needing 33 runs with Moeen Ali and Root at the wicket.

Root fell for 89 just 10 runs short of victory but the game was all but over already.

Ali and Woakes would see England over the line, claiming a four wicket win going two up in the series.