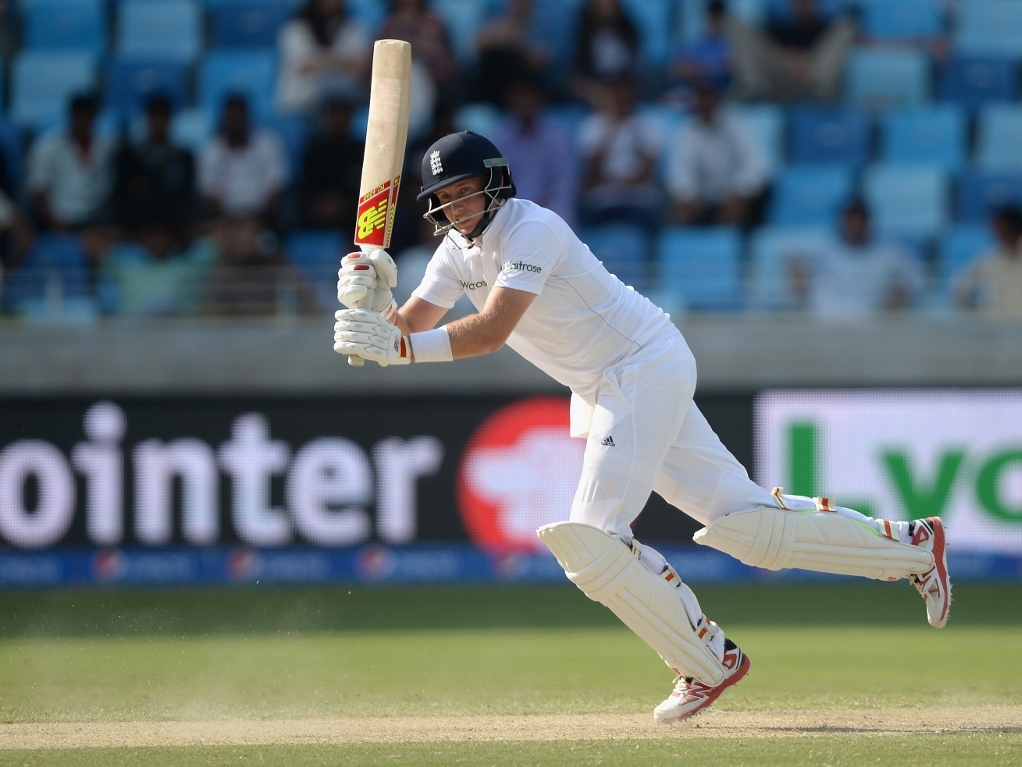 Batsman Joe Root put up some stubborn resistance to leave England in a good position at stumps on Day two of the second Test against Pakistan in Dubai.

Root was unbeaten on 75 the Three Lions closed out the day on 182 for three, still 196 runs behind Pakistan's first innings total of 378 all out.

Root received good support from his skipper Alastair Cook (65), as the two put on 113 for the third wicket to resurrect England's innings after the were 14 for two.

The 24 year-old Root then combined with his Yorkshire teammate, Jonny Bairstow (27*), to add an unbeaten 51 for the fourth wicket to stabilise the tourists stay at the crease.

England lost opener Moeen Ali in the second over when left-arm paceman Wahab Riaz had him caught at short-leg for one while seamer Imran Khan had Ian Bell caught behind for just four in the fifth over.

Earlier, Pakistan, resuming on 282 for four, lost skipper Misbah-ul-Haq in the first over of the day for 102 when he was trapped lbw by seamer Stuart Broad.

Asad Shafiq played a gritty knock of 83 but England would have been pleased with their bowling effort, restricting Pakistan to just 96 runs at the start of the day.