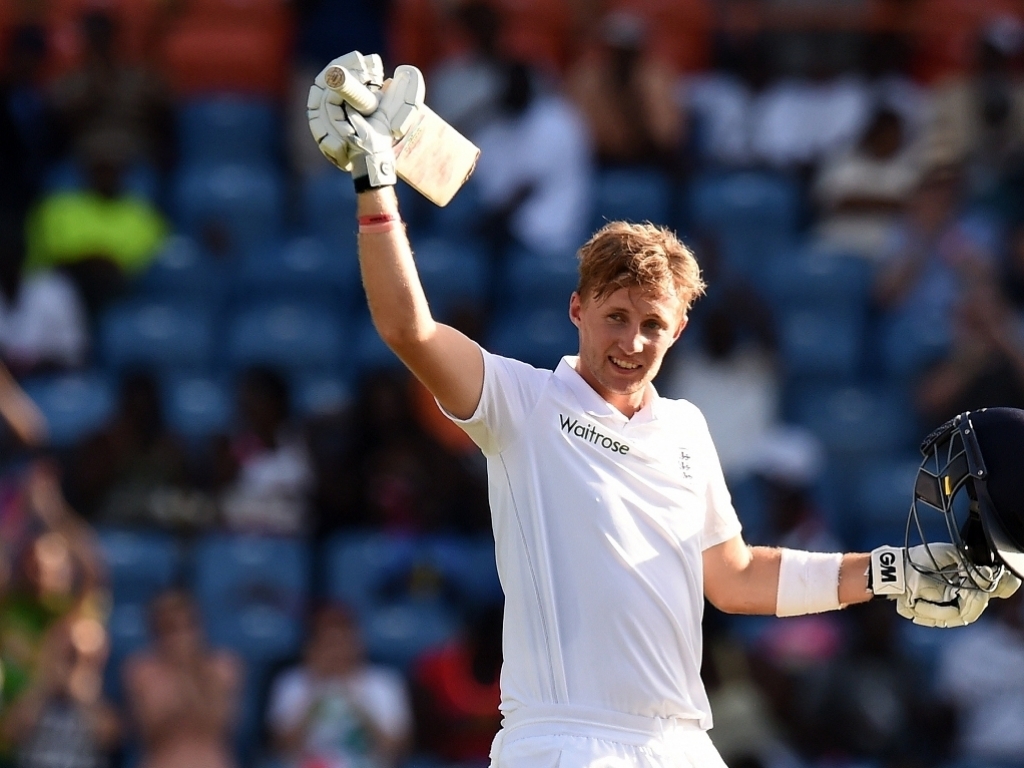 England made merry on St George’s Day as they plundered runs aplenty in St George's, Grenada, and ended day three on 373 for six with a healthy first innings lead of 74 runs. Joe Root was England's hero and has a sparkling 118 not out against his name.

England's best chance of winning may have been to bat big and once only on a docile pitch that is beginning to show signs of taking slow turn and might be a tricky for batting on the final day but some reckless batting in an effort to move the game on meant that they have only four first-innings wickets in hand.

Alastair Cook (76) and Jonathan Trott (59) cautiously went about their business in the morning session as they made the most of the delicious combination of a flat pitch, mediocre bowling and sunny skies to put an end to their respective run slumps. Trott edged Davendra Bishoo (2-124) to slip soon before lunch but not before the pair compiled England's first hundred run opening stand since Dunedin over two years ago. Surprisingly it was the first time that the West Indies have conceded a 100-run opening stand since November 2010 in Sri Lanka, 39 Tests ago.

It was not clear whether Cook or Trott were so circumspect because of the match situation or their own wellbeing but 69 runs in a long session when you are in a strong position and need to push towards a win on a flat surface is perhaps erring a little too far on the side of caution – 2.03 runs per over is Sir Geoffrey Boycott stuff.

Gary Ballance (77) helped Cook to up the ante after lunch but the campaign was pegged back briefly by a double strike from a very quick Shannon Gabriel (2-60), who bowled both Cook and then Ian Bell (1) in consecutive overs. Joe Root however was in no mood to waste the opportunity to cash in and he greatly advanced the interests of his side at the same time as he upped the tempo and raced to his first overseas hundred from only 120 deliveries.

Root has been on one heck of a run since he was dropped before the 2014 New Year's Test at Sydney as he has knocked up over 1000 runs since his comeback at an average of over 100. Today’s was his sixth consecutive half-century, a joint England record with Cook, Barrington, Dexter and Hendren. Another fifty in his next innings will see him join the international record alongside the very fine company of Weekes, Andy Flower, Chanderpaul and Sangakarra. Not bad for a 24 year old.

Root and Ballance put on 165 runs for the fourth wicket at four runs to the over and showed the intent that England needed to push for a result. The partnership demoralised the home side as their hopes of winning this match made way for the realisation that they would likely need to survive over 100 overs to save another draw, when their time came. Shoulders shrugged and the Barmy Army sang Jerusalem again and the home side’s bodies had little option but to painfully go through the motions in the hot Grenadian sun.

Then Ballance played on to a loopy delivery from Samuels after tea and then Moeen Ali was run out without scoring as he and Root went for a quick single. The game moved on apace in the evening session and even when Ben Stokes came in at seven with a slender 37-run lead in the bag, he came in looking to get on with it. He was soon caught for eight trying to slog Bishoo into the Caribbean sea. The agitation between Stokes and Samuels in this series continued as Samuels saluted Stokes and gave him a fine send off – whatever Marlon Samuels' match fee is, he is not so bothered about keeping it.

Jos Buttler (4 not out) navigated his way to stumps and England's overall current run rate of 3 to the over is exactly what we anticipated last night. Root's brilliant innings has given England a chance of coming out of this Test with a series lead but England showed that it isn't only the opposition that is capable of getting themselves out on such a flat batting wicket.