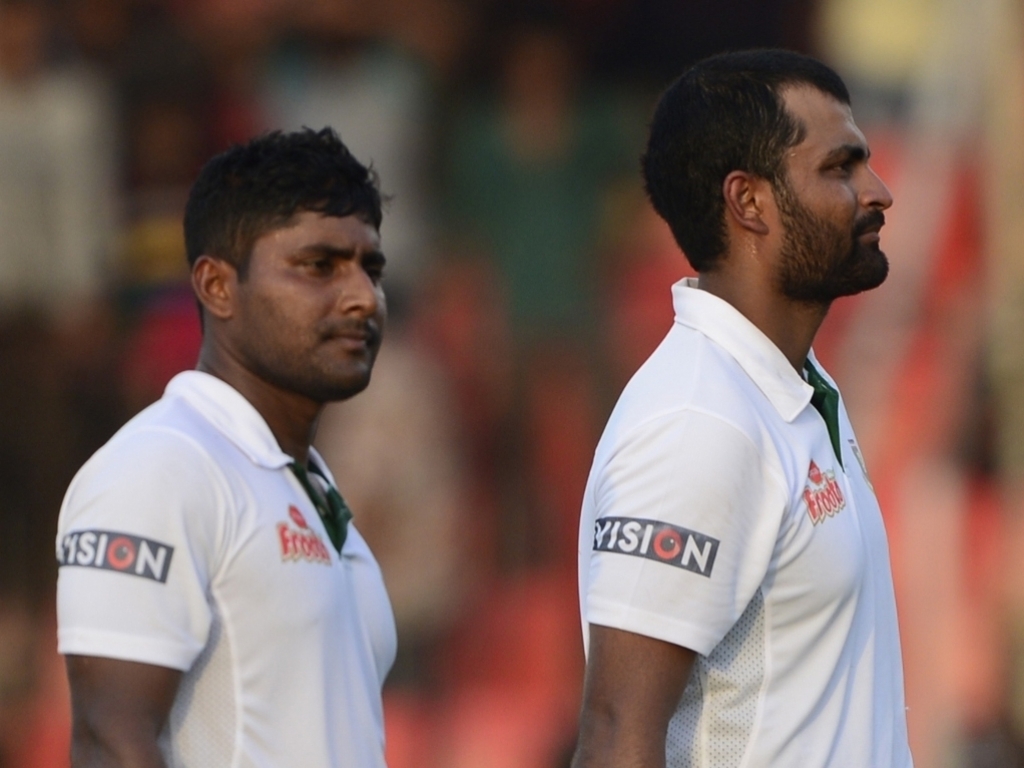 The first Test between Bangladesh and Pakistan in Khulna resulted in a run-heavy draw on Saturday, as the umpires ended the game an hour early on day five due to the Tigers batting away the chance of another result.

It was a match filled with high scores, as two double centuries, a 150 and seven half tons combined to give the bowlers no chance. Bangladesh first made 332 all out, Pakistan followed that up with 628 all out, and the hosts then recorded 555 for six by the close.

The draw was made possible in the end thanks to a triple century opening stand for the Tigers, a first in Tests for them, as Tamim Iqbal's 206 and Imrul Kayes's 150 ensured they started day five with no wickets down and nearly 300 on the board.

Both had already reached 130-odd overnight, and while Kayes was out soon in the morning, Iqbal went on to record his first double ton. It came off 264 balls and included seven sixes. He was eventually out to Mohammad Hafeez, the other double centurion in the match.

While Pakistan did manage to get regular wickets, they couldn't prevent nearly all the batsmen who followed from getting settled and dragging the day towards a draw. A 40 from Mahmudullah, 33 from Soumya Sarkar and 76 not out from Shakib-al-Hasan sealed the deal.

The action now moves to Dhaka, where a less road-like deck should help the bowlers a bit more. That game starts on 6 May.