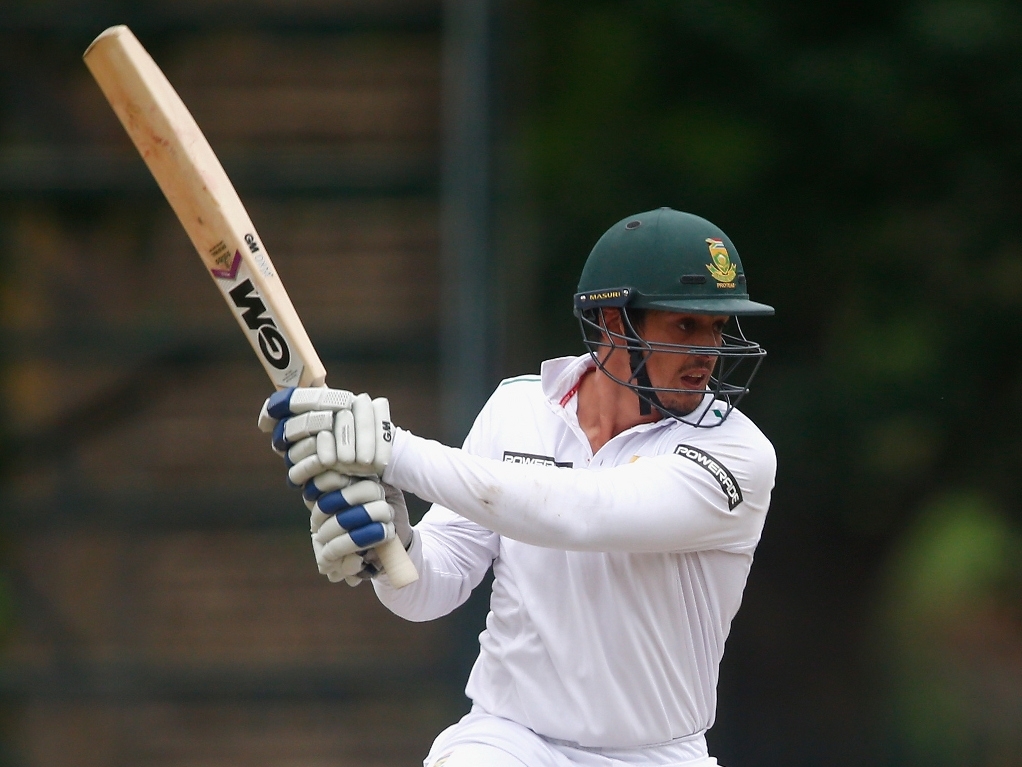 Four top-order half centuries helped the Proteas take charge on day one of the second Test against New Zealand at Supersport Park in Centurion.

With Dean Elgar having to withdraw after injuring his ankle in a freak accident, Quinton de Kock was promoted to open the innings along with Stephen Cook.

The new partnership got off to a great start as the pair put on 133 for the opening wicket, surviving a difficult first hour with the ball doing a lot.

De Kock was his usual aggressive self and would eventually fall victim to his own aggression, hooking Neil Wagner down fine leg's throat when he was on 82.

Cook (56) didn't last too much longer, he was caught at gully by Kane Williamson off the bowling of Doug Bracewell with South Africa on 151.

Hashim Amla made it three from three for the top-order as he went to his half century, he would put on 95 with JP Duminy before being caught behind of the bowling of Wagner for 58.

Duminy then completed a clean sweep of top four half centuries, finishing the day on 67 not out with captain Faf du Plessis having scraped to 13 off 58 balls.

The days talking points have to be the two successful South African reviews after umpire Ian Gould had given both Amla and Duminy out lbw, and Trent Boult's failure to review two decisions that would undoubtedly have given him wickets, if they had gone upstairs.

Wagner was the pick of the New Zealand bowlers, taking 2/51 on day one with Boult unlucky to end wicketless.