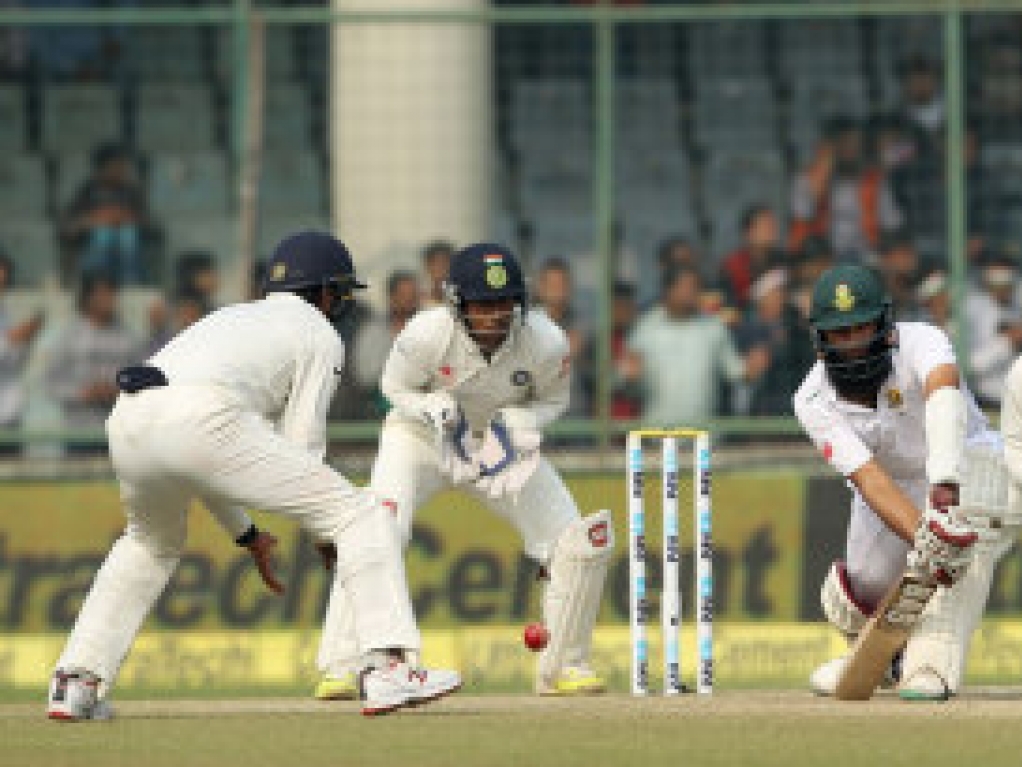 South Africa battled hard to reach 72 for two at stumps on day four of the fourth and final Test against India in Delhi, still requiring an unlikely 409 runs to win after the hosts declared their second innings on 267 for five in the first session.

The Proteas took the ultra patient approach as they scored at less than one run to the over on a pitch that is, as expected, assisting the spinners.

Visiting captain Hashim Amla led the resilient fightback as he batted for 207 balls as he reached an unbeaten score of 23 at the close, while AB de Villiers will restart on the final day on 11 from 91 deliveries.

Opening batsman Dean Elgar (four) was the first wicket to fall in the Proteas' second stint at the crease when he was caught at first slip off the bowling of offspinner Ravi Ashwin.

Earlier, India batsman Ajinkya Rahane completed his second century of the match as he struck 100 not out, to go with his 127 in the first innings, as the hosts added 77 to their overnight total for the loss of one wicket before the declaration.

While not scoring at a rapid rate, the tourists are at least showing some sort of fight in a series that they have already lost.

If they somehow managed to walk away from this Test with a draw it would be a major boost for the side as they have struggled to bat against the home team's slow bowlers in the previous three games.

India lead the series two-nil after the winning the first and third games while the second Test in Bangalore was drawn after four days were washed out due to rain.