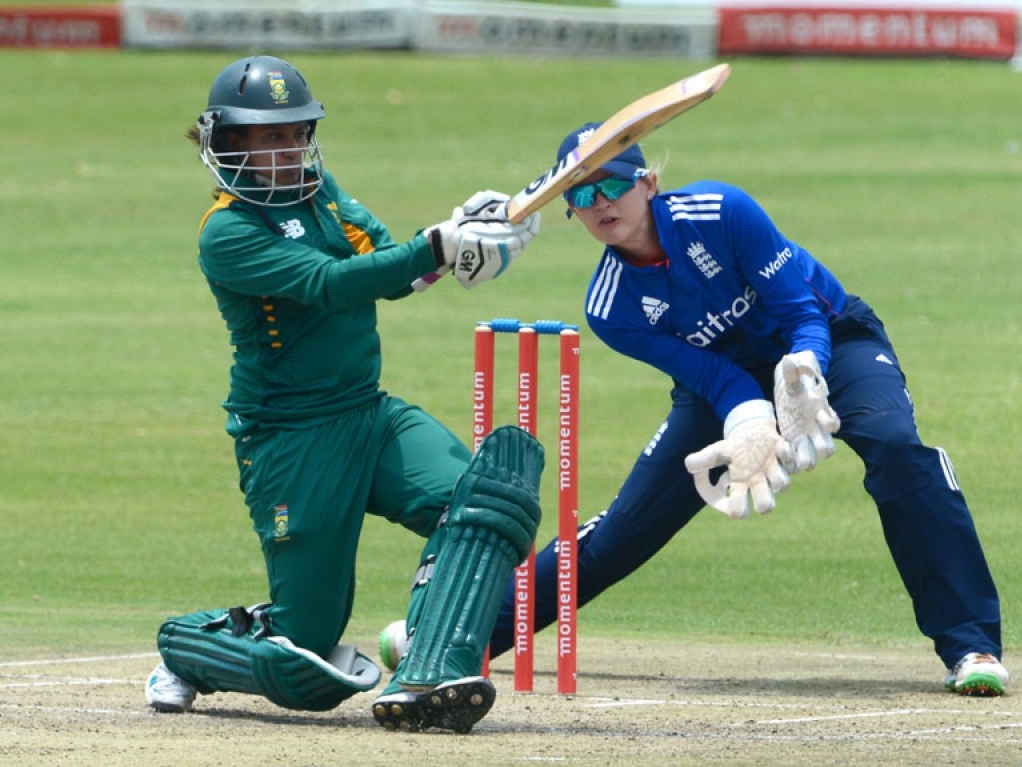 Half-centuries by Trisha Chetty, Laura Wolfvaardt and the outstanding Lizelle Lee helped the South Africa Women secure a series-levelling five-wicket win over England in the second match of their three-match ODI series in Centurion on Friday.

The South Africans were set a target of formidable 263 for victory, but recorded their highest ever chase to reach the target with seven balls to spare.

Their previous best chase was the 254 for eight they made to beat the same opponents at Taunton on 17 August 1997 – almost 20 years ago.

Central to their victory was Lee's splendid 69 from just 56 deliveries (12 fours) as she tore into the English attack.

Together with Marizanne Kapp (44 off 34 balls), the pair shared in a critical 112-run fourth-wicket stand that finished off the win.

The pair had come together at a vital time for the home side, who appeared to be stuttering following the losses of the attacking Wolfvaardt and the steady Chetty, as well as captain Mignon du Preez (9).

Sixteen-year-old Wolfvaardt, winning only her second cap, struck an assured 55 in 94 balls, and shared in an opening 113-run partnership with Chetty, who followed up her career-best 90 in the opening game with 66 in 84 balls.

But two wickets in two balls by Danielle Hazell left the hosts on 134/3. Kapp and Lee rebuilt slowly, but with the run rate climbing to over nine runs per over in the 38th over the target looked beyond the SA girls.

However, the fourth-wicket stand scored at eight to the over took them to the brink, before Dane van Niekerk (12*) took them over the line.

Earlier Shabnim Ismail ended as the pick of the bowlers with three for 32 in 10 overs, while there were two wickets apiece for Van Niekerk (two for 43) and Sune Luus (two for 33). Heather Knight top-scored for England with 61 off 76 to help them reach 262 for nine.

The third and deciding match takes place at the Wanderers Stadium in Johannesburg on Sunday.