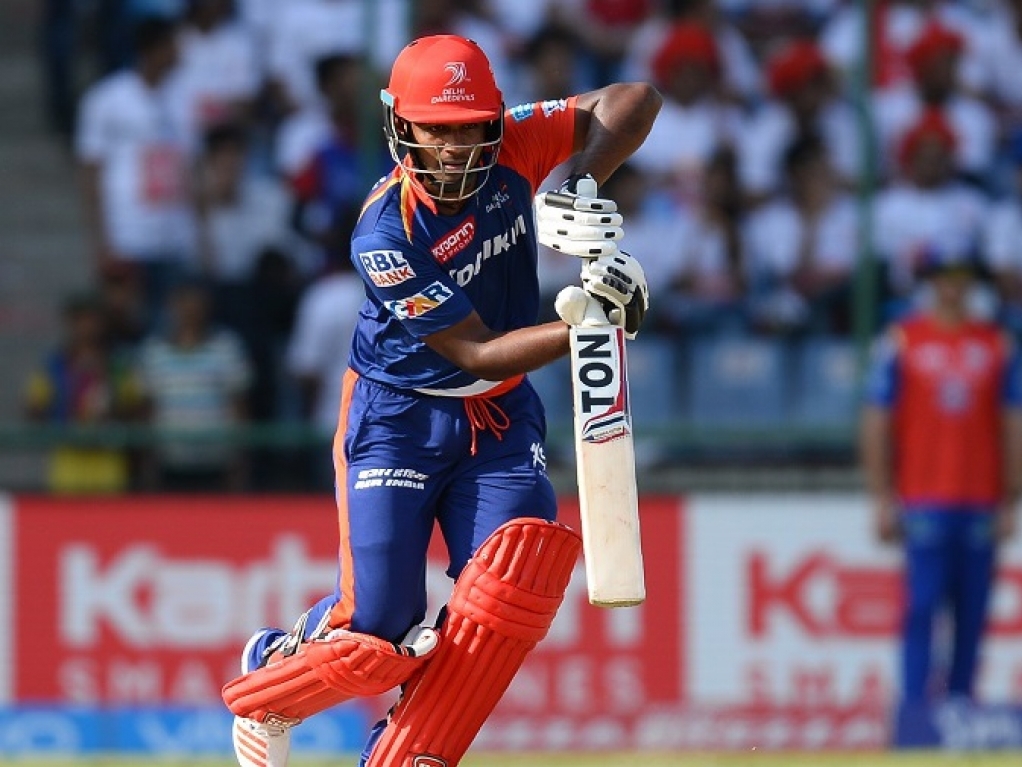 Sanju Samson scored a composed 60 off 48 balls as the Delhi Daredevils notched up their third consecutive IPL win of the season as beat the Mumbai Indians by 10 runs.

Batting at number three, the 21-year-old Samson made his first score of note for the Daredevils as they posted a competitive total of 164 for four in their 20 overs after Mumbai won the toss and elected to field first.

The key to setting the total was the fourth wicket partnership of 71 between Samson and South African JP Duminy, who scored an unbeaten 49 off just 31 balls.

Delhi were in early trouble at 54 for three as Quinton de Kock (9), Shreyas Iyer (19) and Karun Nair (5) were back in hut without making a big dent in the scorecard.

Samson was out with just more than three overs left in the innings with the score on 125 but Pawan Negi (10 not out) kept Duminy company until the end of the innings.

New Zealand pacer Mitchell McClenaghan was the pick of the Mumbai Indians' bowling attack with figures of two for 31 from his four overs while Hardik Pandya and Harbhajan Singh took a wicket apiece.

In pursuit of the target, Parthiv Patel (9) fell cheaply but Ambati Rayudu (25) and Krunal Pandya (36) kept captain Rohit Sharma company as they took the fight to the Delhi bowlers.

However, the visitors kept losing wickets a crucial times with only Kieron Pollard (19) making some sort of headway and trying to support Rohit in the middle.

It came down to the last over, bowled by Chris Morris, with Mumbai requiring 21 runs and Rohit still at the crease, but after hitting the second ball for a six the skipper was cruelly run out after colliding with his partner going for a second run.

The remaining batsmen could not muster enough runs as the team from Mumbai ended on 154 for seven to fall to a narrow defeat.