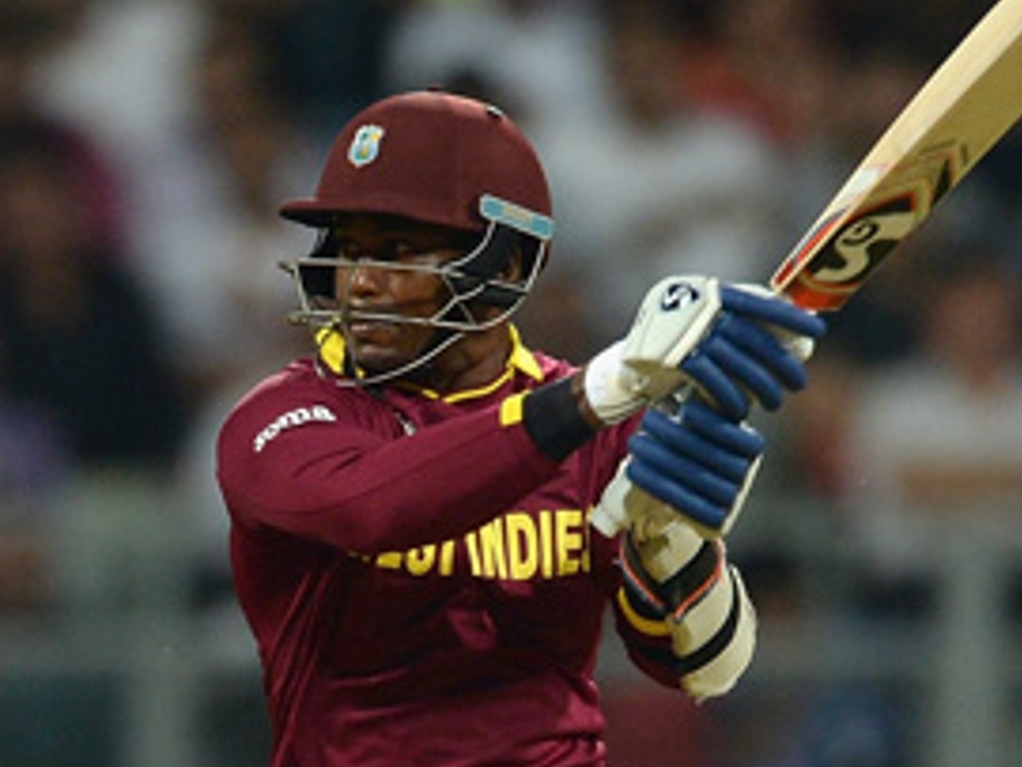 The West Indies romped to a four wicket win in St Kitts on Monday as Marlon Samuels (92 from 87 balls) batted superbly in pursuit of Australia’s 265 for seven.

The win was the side’s first victory against the top-ranked side in eight matches over the last five years and keeps the home side very much in with a chance of making the final in Barbados.

They have now won two and lost one from the first three of six round robin games – they are second on the log with one point fewer than Australia but they have a game in hand.

Jason Holder won the toss and surprisingly elected to field in the baking hot sun and on a pitch that was expected to slow up as the day went on. The captain struck in the first over of the day as he extracted a little extra bounce to find an edge off Aaron Finch.

A few tight overs later however and the pressure eased as Usman Khawaja (98) – opening in the space of injured David Warner – put on a massive 170-run partnership with Steve Smith (74).

Khawaja spent quite a while nineties and was run out just two short of a maiden ton as he was run out helping George Bailey go for a third run.

Once again Australia seemed to be in cruise control towards 300 plus but after being 171/1 (34 overs) Smith skied one and was caught and bowled off Carlos Brathwaite. All of a sudden runs dried up as the ball softened and the pitch slowed.

Or are Australia exposing a weakness in overs 30-40 as they struggle when the pace comes off the ball? In Any event the runs dried up and the pressure grew and Aussies managed only 100 or so runs from the final 20 overs.

Credit must go to the West Indies medium pacers who varied lines and lengths and speeds and were rewarded for doing so.

In reply Johnson Charles (48) and Andre Fletcher (27) went like the clappers as they swung and slashed at everything and rode their luck to 74 without loss inside 10 overs. Khawaja’s two dropped catches didn't help Australia’s plight.

When the opening pair’s time was up, Darren Bravo (39) consolidated with an initially patient Samuels (92) for low-risk and handsome partnership of 82 that did the team proud.

The ball may not have been doing much laterally but it is always pleasing to see a mature West Indies partnership flourishing in style. Australia looked uncharacteristically flat and ineffective in the field as the game drifted away from them.

Denesh Ramdin (29) hurt his shoulder while keeping earlier in the afternoon but gave able assistance to Samuels who went into overdrive on a ground where he captained the local team in the Caribbean Premier League.

Samuels went on to hit eight fours and four sixes and disappointingly ran himself out a couple of big blows shy of a hundred. But he had done his job – after a run of poor form – and helped his side to an impressive win that keeps the tournament very interesting indeed.

The West Indies will play South Africa at the same ground on Wednesday in the last of the matches in St Kitts.