Samuels ton in vain as Marsh and Maxi fire 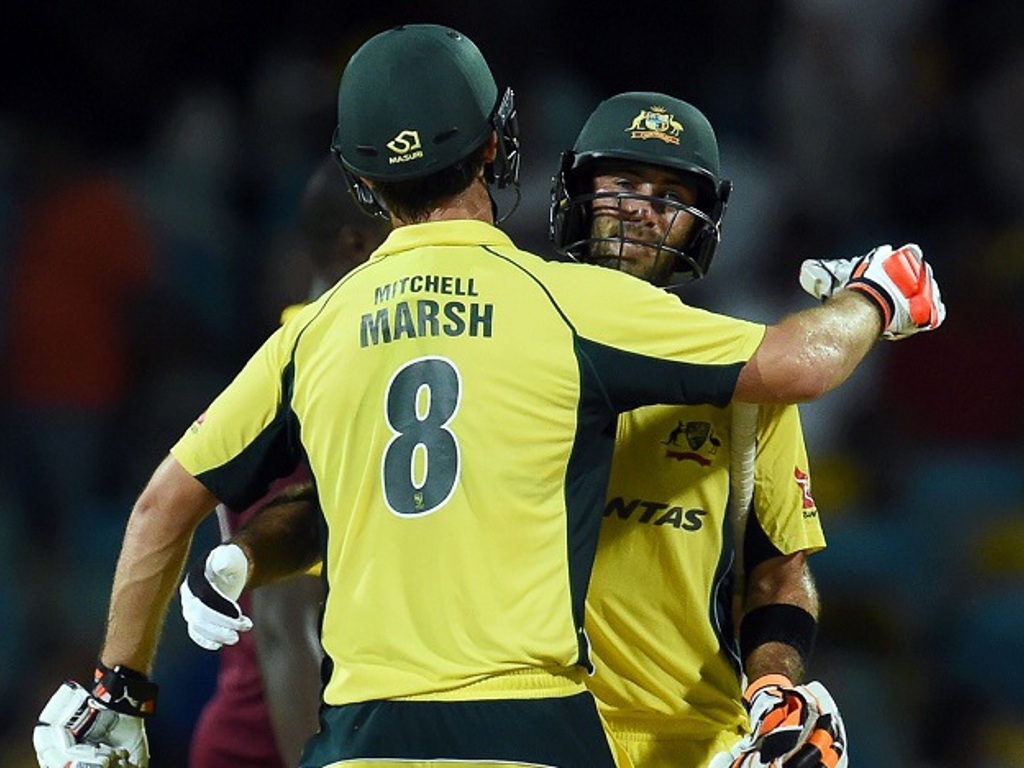 Australia booked their berth in the final of this closely fought tri-series as they put together a very well-organised chase of 283 to beat the West Indies by six wickets in a compelling tussle in Barbados.

They will now contest the final against the winner of the last remaining group match, between South Africa and the West Indies, on Friday.

A sparkling 125 by Marlon Samuels helped the home side to a gallant recovery from 31 for three as he and Denesh Ramdin (91) put on 192 runs for the fourth wicket and took their side to 282 for eight, a score that was good but not good enough.

Steve Smith captained an unchanged side and won the toss and chose to bowl on a handsome day at the Kensington Oval against the West Indies who gave Shannon Gabriel a run over Jerome Taylor, on the fastest pitch of the tournament.

Mitchell Starc (3-51) and Josh Hazlewood (1-40) dampened the spirits of the home fans early in the afternoon as they ripped through the Windies’ top order.

But Ramdin batted beautifully to silence his many critics and Samuels, who was run out on 96 in the previous outing against Australia, celebrated the milestone in a manner that showed how much it meant to him.

In reply, Australia lost both openers early and had to weather some nerves at 35 for two. A loss would have seen the world-number-one side knocked out of the tournament but disciplined and professional knocks by each of Steve Smith (78) and Mitchell Marsh (79 not out) kept wickets in hand at a rate that was always in touch with what was asked of the chase.

A highly impressive and entertaining Glenn Maxwell (46 off only 26 balls) made for a great turnaround in form for a batsman who has looked off colour as the audacious player saw his side home in style, with eight balls to spare.

The West Indies will have another bite at the cherry on Friday.