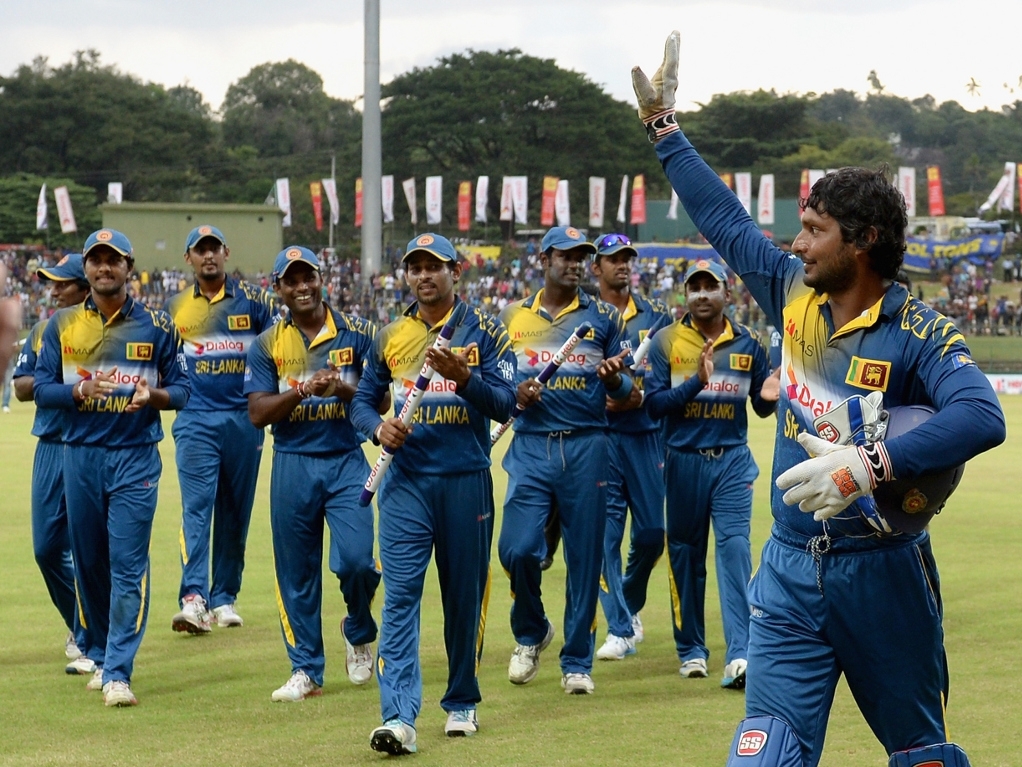 Kumar Sangakkara played his final ODI at his home ground of Pallekele on Saturday, judging from the prolonged waving to the fans, and he did so on the back of a century that gave his side the win by 90 runs, and thus sealed the series four-two.

Sri Lanka made 292 for seven in their 50 overs, with Sangakkara scoring 112 of those. England's chase was very poor and they were all out for 202 in the 41st over, with Suranga Lakmal taking four wickets.

Sri Lanka won the toss and opted to bat first, but were soon one down when Chris Woakes bagged Mahela Jayawardene, opening the batting, for nine. But fellow veterans Sangakkara and Dilshan put things right.

They added 153 runs for the second wicket over the next 30 overs, with both reaching half centuries with ease. Alastair Cook dropped a sitter off Sangakkara when the batsman was on 41, which proved disastrous.

Dilshan was eventually removed by James Tredwell for 63, caught by Ravi Bopara, before Steve Finn quickly added Seekkugge Prasana and Angelo Mathews to the pile. But Sanga was still at the other end.

He and Dinesh Chandimal, added for the game, put on a half ton stand to push the score close to 250, before Sangakkara fell. He was out to Chris Jordan, caught by Moeen Ali. Chandimal went on to make 35 before falling on the last ball.

England's chase got off to a horrible start when Cook, already under heavy fire due to his poor form, was out to Sachithra Senanayake in the first over, for one. The spinner added James Taylor soon afterwards, for 10.

Moeen made 34 in a gritty effort, but Dilshan made sure of his wicket in the 10th over, reducing England to 50/3. Ravi Bopara and Eoin Morgan soon departed in the same Suranga over, off consecutive balls.

Joe Root was once again asked to rescue the side, and while he made a half century, Jos Buttler was unable to stick with him this time and was run out for 22. Root's knock came to an end, and thus England's hopes too, when he was on 55.

Woakes resisted well for his 41 before being caught and bowled by Dilshan, and then Tredwell's wicket brought an end to the game. Sangakkara walked off to huge applause, waving to the fans, and escorted by his team-mates.