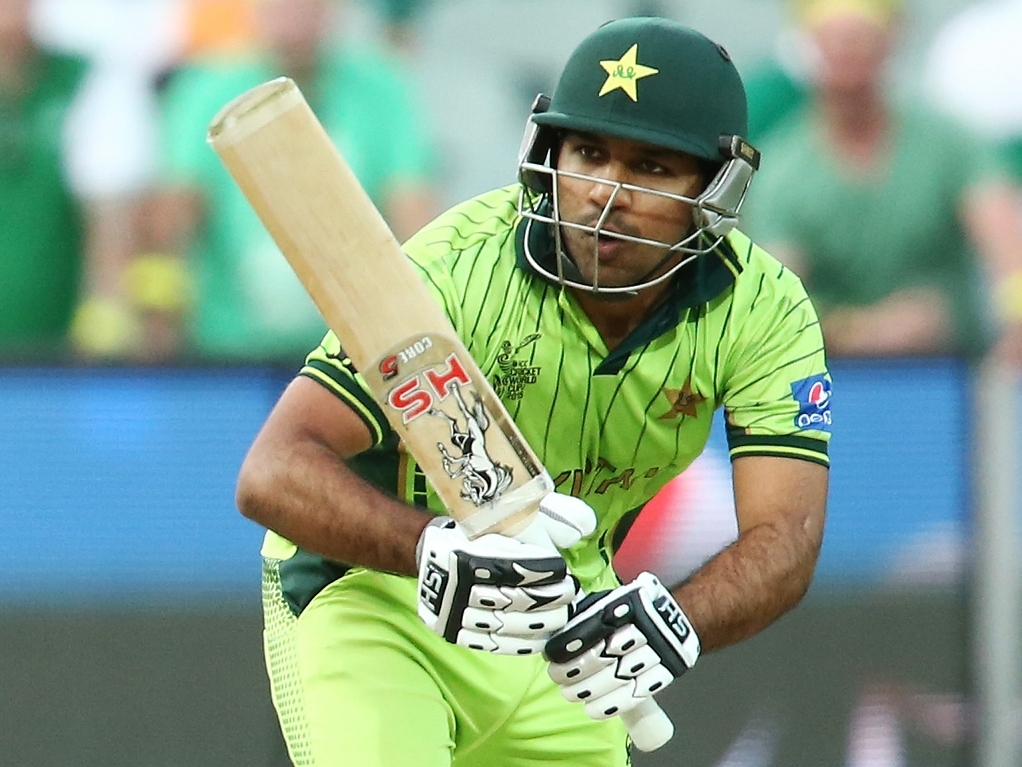 Pakistan advanced to the quarter-finals of the World Cup, setting up a meeting with Australia, after beating Ireland in Adelaide by seven wickets on Sunday, thanks to a steady unbeaten century from Sarfraz Ahmed.

Pakistan needed 238 to win, after bowling the Irish out on the last ball of their innings for 237. William Porterfield made a lovely century at opener, but was poorly supported by his colleagues. Sarfraz then made 101 to lead Pakistan home.

The winner of the game advanced to the next round, and thanks to the West Indies beating the UAE earlier in the day by a hefty margin, Ireland's slim chance was scuppered. The Windies will face New Zealand, while Ireland go home.

Ireland won the toss and chose to bat, hoping their batsmen, who have been better than their bowlers, could set up a defendable score. The loss of Paul Stirling cheaply to Ehsan Adil belied that assumption.

Porterfield was steady at one end, but could not find solid support as Wahab Riaz and Sohail Khan made life tough for the Irish. While seven other batsmen managed to reach the teens, only Gary Wilson's 29 went above 20.

Pakistan's bowlers were excellent at the death, and once Porterfield was out for 107 in the 39th over, the rest of the wickets tumbled easily. They could not about being all out either, as a run out off the last ball saw George Dockrell dismissed.

The chase was not a difficult one, but is was not quick either, not that it needed to be. As they had all tournament, Ireland bemoaned the lack of a strike bowler, and openers Sarfraz and Ahmed Shehzad put on a century stand.

Shehzad was the first to fall, out for 63, when he was caught by Ed Joyce after top edging Stuart Thompson. Haris Sohail followed soon afterwards, run out for three, leaving Pakistan on 126 for two.

Misbah then joined Sarfraz and the skipper added a relatively quick 39, but he was gutted to be removed off hi own error, as he stepped back onto his stumps while playing a shot against Alex Cusack.

Sarfraz then made his way to the 90s and was stuck there for ages, while Umar Akmal bashed the runs at the other end. It looked like Sarfraz wouldn't actually get his ton, but a four to level the scores did the trick for him. Umar hit a four to seal the win in the next over.