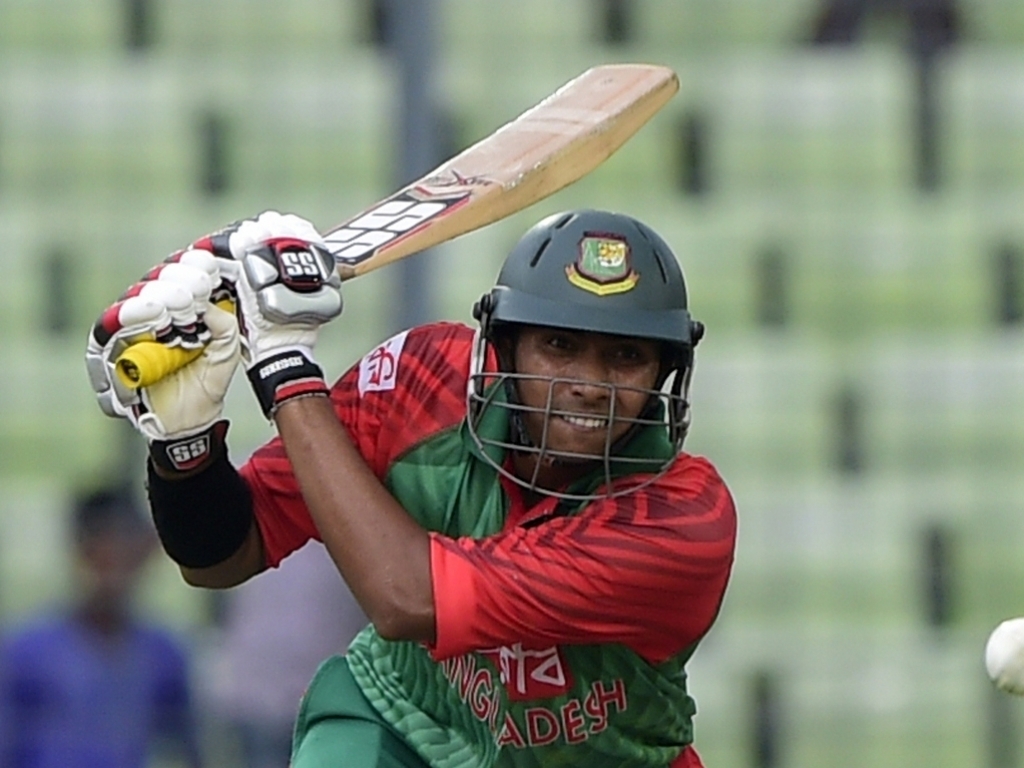 Soumya Sarkar scored 88 not out as he helped Bangladesh chase down a target of 163 to level the three-match ODI series against South Africa in Mirpur on Sunday.

After South Africa captain Hashim Amla won the toss and elected to bat first, the Proteas struggled to get going on a sluggish pitch that was difficult to play your shots on.

Opener Quinton de Kock was the first to go, for two, when seamer Mustafizur Rahman got one to lift off a good length and the South African left-hander could only fend it off to present an easy catch to cover point.

From the there the visitors could not get up to good enough run-rate to put the Tigers bowlers under any pressure. Only Faf du Plessis (41) and Farhaan Behardien (36) made any meaningful contributions as the Proteas were bowled out for 162 in 46 overs.

Mustafizur and spinner Nasir Hossain took three wickets each as the hungry Tigers' fielders supported their bowlers on the day.

The home team's chase got off to a shaky start when South Africa's hero of the first match, fast bowler Kagiso Rabada, took two quick wickets of Tamim Iqbal and Litton Das to reduce the Tigers to 24 for two inside four overs.

Sarkar and Mahmudullah settled the home fans nerves however with a record partnership of 135 that won the game for Bangladesh.

Although Mahmudullah was out, for exactly 50, with four runs needed to win, the Tigers eased to victory by seven wickets in the 28th over.

The third, and deciding ODI, will be played on Wednesday.