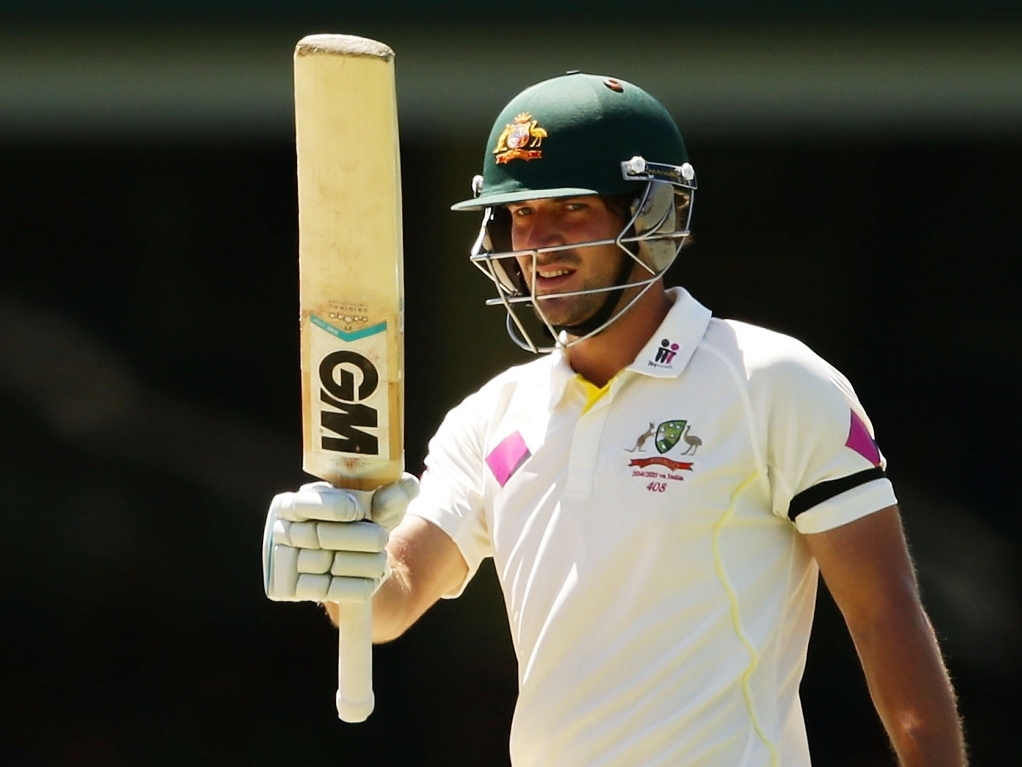 It was a day contrary to all the others at the SCG, as 11 wickets fell on a deck that had been a veritable highway on days one to three, but Australia still held a lead of 348 runs by stumps.

India had been all out for 475 in the afternoon of day four, with Virat Kohli's century ensuring a good score, but it was still well short of the 572 the Aussies had posted in their first dig.

As such, their 251 for six by stumps saw the hosts build a lead that is likely to be out of reach on the final day, assumiing the declaration comes overnight. Joe Burns' 66 off just 39 balls, and the 213 runs in the evening session, indicated they wanted to set their target ASAP.

The day began with India on 342 for five, with Kohli unbeaten on 140. He was only able to add seven more to that score though, before being removed by Ryan Harris. His knock included 20 fours.

The Indian tail did relatively well to keep advancing the score, though Wriddhiman Saha was out for 35. Bhuvneshwar Kumar continued to show his batting prowess by adding 30, while Ravi Ashwin's 50 was a valuable contribution.

Australia went in to bat six overs before tea, and in that time lost the wicket of David Warner, one of four wickets to Ashwin on the day. Shane Watson fell soon after the break, for 14, bowled by the spinner.

Chris Rogers played an uncharacteristically quick knock, a sure sign of the Aussies' declaration plans, as he ensured the run rate hoevered over six. He scored his fifty off 72 balls before falling to Kumar.

Steve Smith then came in and played yet another fascinatin nnings, bringing up his half ton off 44 balls, though he was thwarted by Mohammed Shami on 71 via an LBW decision.

This left Burns to keep the momentum going, as he crunched four after four to the ropes. He quite enjoyed Umesh Yadav's bowling, as the paceman went for 45 runs in three overs.

Burns hit eight fours and three sixes in his 66, and was out to Ashwin just before the close, leaving Brad Haddin unbeaten on 31 and Harris still to face a delivery, though he may not get to do so.