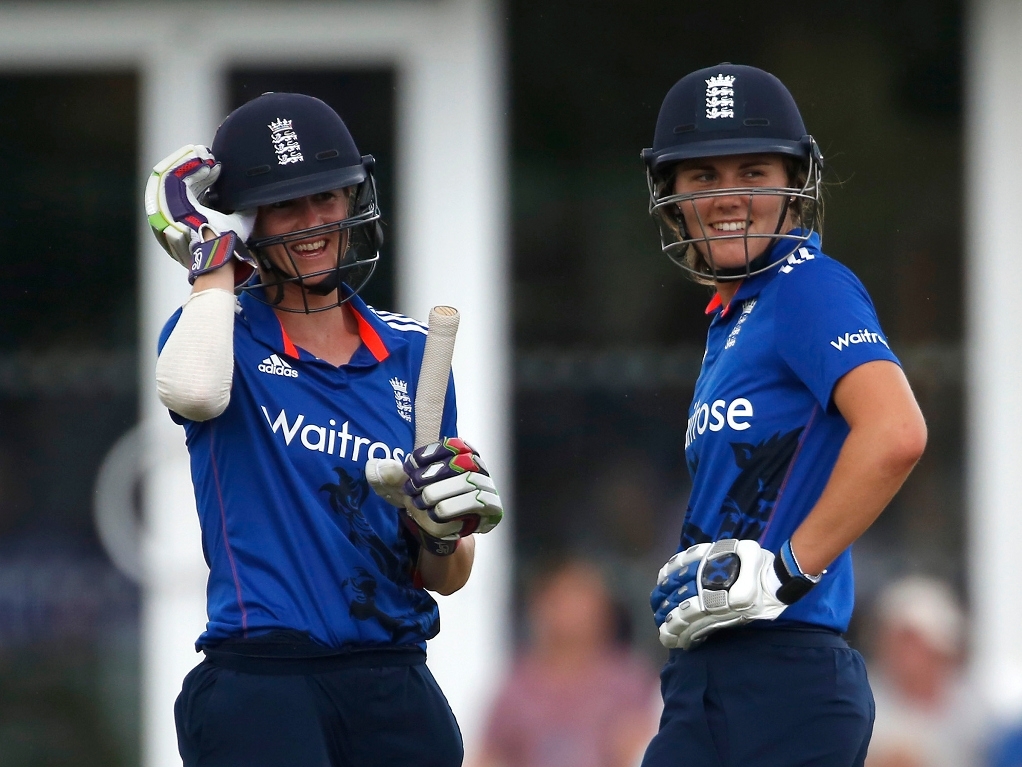 A century stand between Natalie Sciver and Lydia Greenway made sure England were able to chase down the 239 required in the first Women's Ashes ODI, as Australia were defeated by four wickets at Taunton.

The Aussies batted first and recorded 238 for nine, thanks to a big-hitting 78 from Ellyse Perry and a century stand between her and vice-captain Alex Blackwell. England's top order faltered, but Sciver and Greenway ensured the win with four overs to spare.

Australia skipper Meg Lanning won the toss and opted to bat, which she soon rued. Openers Jess Jonassen and Elyse Villani were both out cheaply, while Lanning herself only made six, leaving the visitors on 35/3 in the 12th over.

It was thus left to Perry and Blackwell to rescue the knock, and they both recorded their half tons at around the same time, both with straight drives past the bowler for four. Blackwell was out for 58 thought, superbly run out by Heather Knight.

Perry continued her onslaught and recorded 78 off 96 balls, with 12 fours, before being caught by Sciver off Knight. After that, only Alyssa Healy's 29 passed double figures, preventing a defendable score.

England's chase wasn't the best initially, as Charlotte Edwards and Knight were both out in the teens. Sarah Taylor's quick 30 off the same number of balls kept things on track though, before Greenway and Sciver took over.

They put on 122 for the fifth wicket at nearly six to the over, with Greenway making 53 and Sciver 66. While there was a bit of a wobble once they got out, there were enough runs on the board for Georgia Elwyss's 25 not out to steer them clear.

As such, England got the first two points on the board as they look to make it three Ashes series wins in a row.