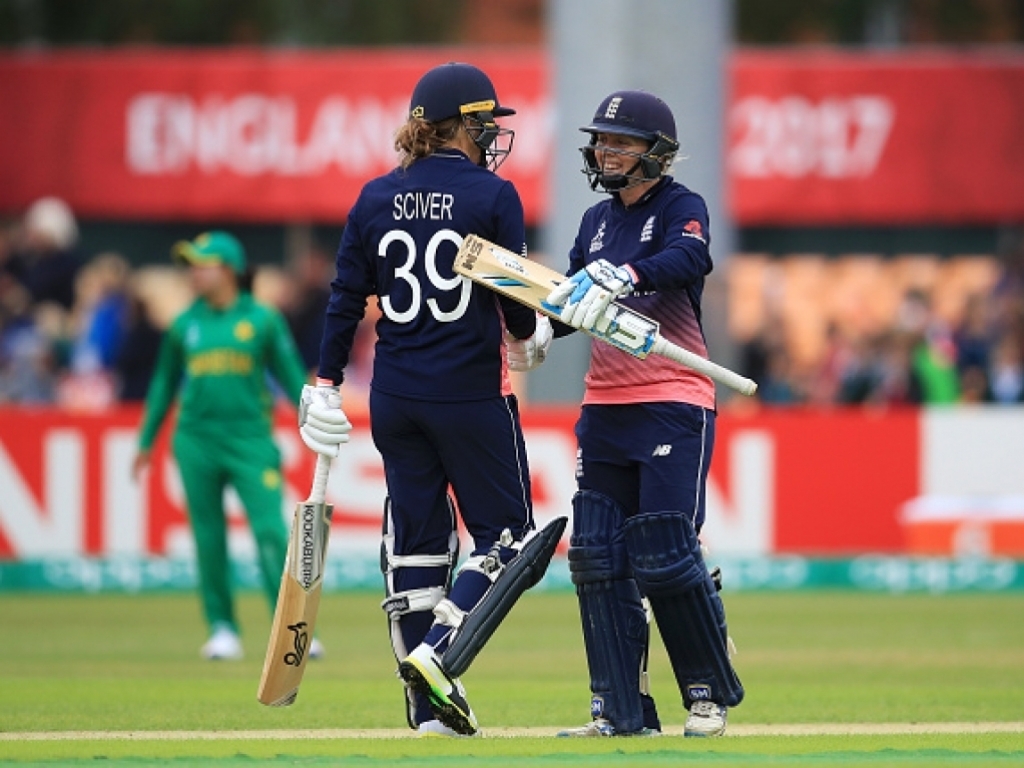 Natalie Sciver and captain Heather Knight both struck maiden ODI centuries to lead the England women to a comprehensive 107-run (D/L method) victory against Pakistan at the Women’s World Cup in Leicester on Tuesday.

Sciver top-scored with 137 off 92 balls while Knight hit 106 to propel the tournament hosts to a total of 377/7 in their 50 overs after Pakistan won the toss and elected to field first.

Knight and Sciver came together after England got off to shaky start with the bat, being reduced to 42/2 in the 10th over after Sarah Taylor (11) and Tammy Beaumont (14) fell early.

The duo put on 213 for the third wicket as England racked up their highest ever total in a World Cup game, second only to Australia’s 412/3 against Denmark in 1997.

Fran Wilson, batting at number seven, hit a quick-fire 33 off 19 balls as wickets fell towards the end of the innings.

Pakistan seamer Asmavia Iqbal was the one bowler who walked off the field with a little credit, taking 3/62 from her 10 overs.

The Asian side reached 107/3 after 29.2 overs with opening batter Ayesha Zafar 59 not out when the rain fell and the match was eventually called off.

Katherine Brunt (2/21 from six overs) and Alex Hartley ( 1/13) were the wicket-takers for the home side, who bounced back from their defeat to India on Saturday in convincing fashion.