Scorchers overwhelm Heat at the Gabba 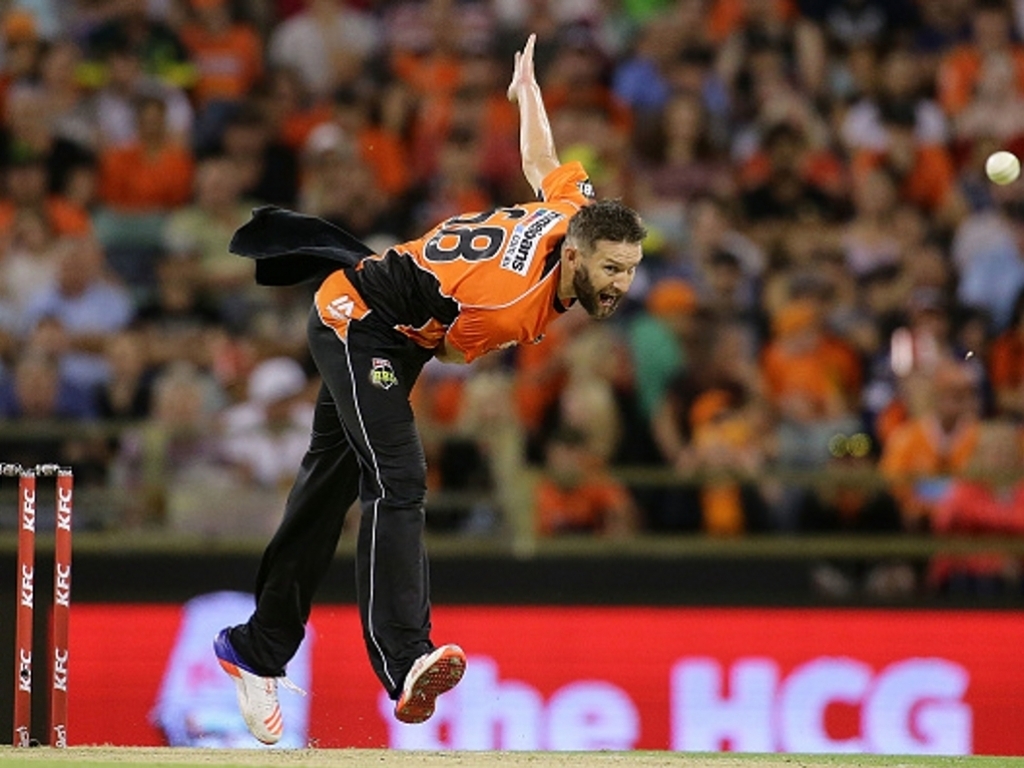 A hat-trick from Andrew Tye wrapped up a 28 run win for the Perth Scorchers over the Brisbane Heat in the Big Bash League at the Gabba on Wednesday.

Set 157 to win the Heat struggled to keep pace with the required rate and a flurry of late wickets saw them bowled out for 129 with four balls to spare.

The Scorchers innings was dominated by veteran batsman Michael Klinger who scored 81 off 54 balls and was the only batsman from the WA outfit to pass twenty.

There were bit part contributions from others but Klinger was ultimately the only batsman who showed composure and his innings was the difference between the two sides.

Mitchell Swepson was the Heat's best bowler picking up 2 for 22 from his four overs as the Scorchers posted 156 for 5.

The Scorchers ability to keep picking up wickets would prevent the Heat from getting close to the total with Mitchell Johnson getting the ball rolling with two early wickets before Jhye Richardson and Englishman Tim Bresnan joined the party.

Richardson picked up the key wickets of Brendon McCullum (15) and Alex Ross (39).

With the game all but gone in the final over Tye claimed the last two Heat wickets with the first two balls of the over to claim a hat-trick that he was unaware he was on.

Tye had forgotten that he claimed the wicket of Jack Wildermuth with the last ball of the 18th over and as delighted to learn he had claimed the honour.

Tye ended with figures of 4 for 22 from 3.2 overs to end as the pick of the Scorchers bowlers who put in a great team effort.