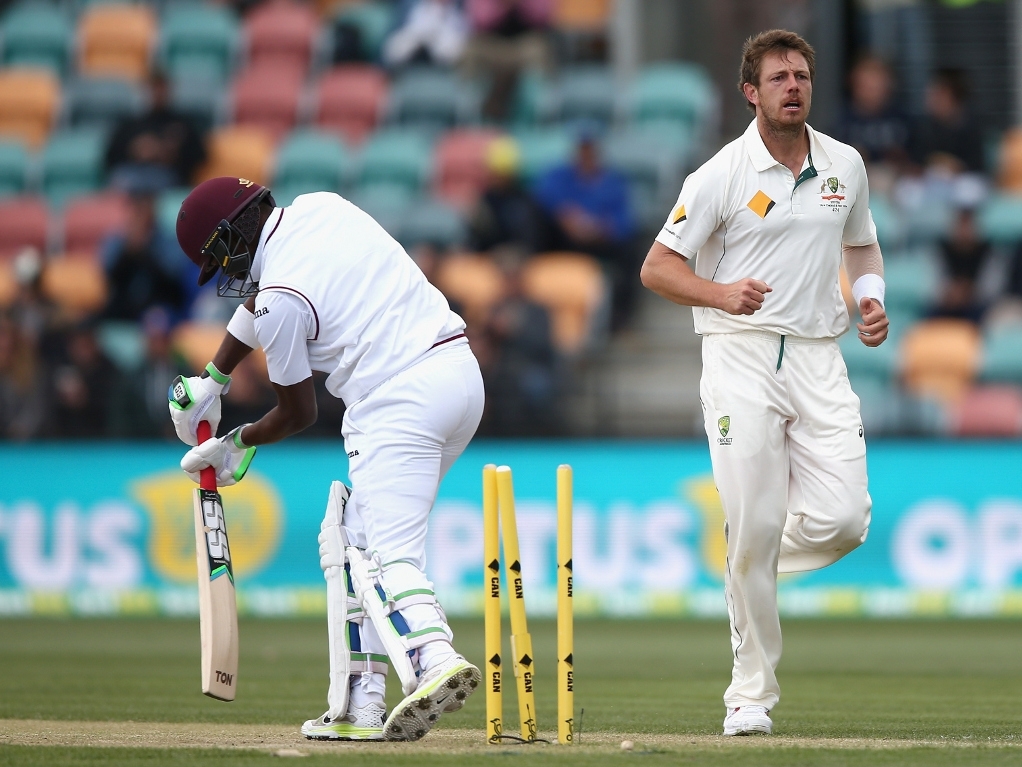 If the weather does not intervene, Australia will wrap up the three-match Test series when the second game concludes against the West Indies, starting in Melbourne on Boxing Day.

Australia' only conundrum heading into the match will be to decide who to leave out between batsmen Shaun Marsh or Joe Burns, now that Usman Khawaja is fit again.

Opening batsman Burns was chosen for the first series of the home summer against New Zealand, and promptly scored a century, while Marsh hit a career-best 182 in the first Test against the Windies when Khawaja was injured.

The beleaguered Caribbean side come off big defeat in the first Test, inside three days, in Hobart and do not look close to a strong enough side that can challenge the Aussies on home soil.

The tourists are contemplating bringing in legspinner Devendra Bishoo to exploit the home team's inability to play effective slow bowling, but he alone cannot win the game.

Josh Hazlewood is now the leader of the Aussie attack, with the retirement of Mitchell Johnson and injury to Mitchell Starc, and it would be interesting to see how his body holds up after a gruelling year in international cricket.

For the visitors, skipper Jason Holder will have to do a monumental job just to keep his team in the game for as long as possible. The allrounder will have to score runs, take wickets and show his leadership capabilities.