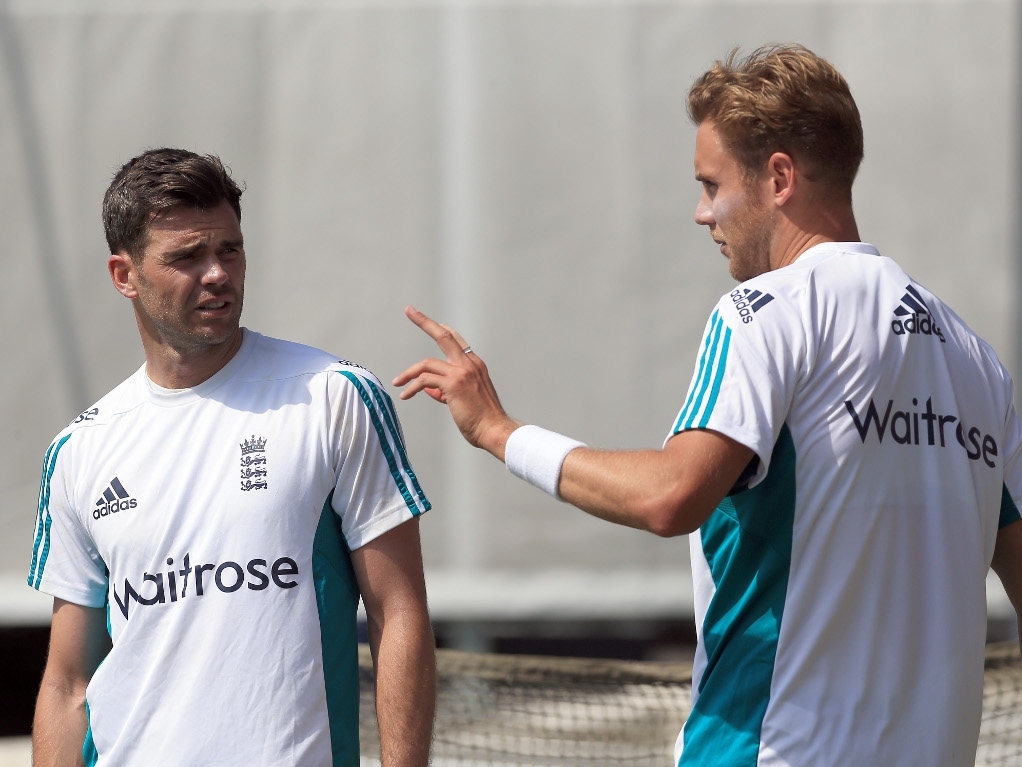 The Test series between England and Pakistan is in Manchester for the second match, and veteran paceman James Anderson will make his return to the side on his home ground, having watched the defeat at Lord's from the sidelines.

Anderson was not picked for the first Test as he was still slightly injured, though not according to himself, Stuart Broad, or Alastair Cook, but will take his rightful place at the helm at Old Trafford.

Who he replaces will be the question, as it won't be Chris Woakes, who took 11 wickets in the 75-run loss. Woakes was England's best player, so it will be Steve Finn and Jake Ball, who had a lacklustre debut, to make way.

England had a huge selection conundrum after inflating the squad to 14 players after Lord's. Both of those pacers have been dropped though, as England need to find a place for Ben Stokes as well.

The Durham all-rounder is also recovered from injury, and is just as handy with the cherry as Finn or Ball, and better with the bat.

Then we come to spinning all-rounder Moeen Ali. He was ineffectual at Lord's, and went for plenty of runs off the blade of Misbah-ul-Haq in the first innings. His 155 as recently as three Tests ago is seemingly forgotten by all and sundry.

Leg-spinner Adil Rashid has been added to the squad, and could either replace Moeen, or fielded as a second spinner, which means James Vince, who has been poor with the bat and totally dire in the slip cordon, could be dropped. Who knows.

Pakistan are unlikely to make any changes from their winning side, and will be confident that spinner Yasir Shah, who took 10 wickets at Lord's, will trouble England's batsmen even more on a deck that actually has some turn.

Paceman Mohammad Amir had a nice, easy return to the game at the Home of Cricket, where everyone was polite and he got only a few jibes from the crowd. But Manchester is unlikely to be as kind, and he'll be eager to shut them up with a good performance.

For England, James Anderson will be keen to prove he's 100 percent fit, and add to the 17 wickets he has at the ground. He'll want to make sure the only push ups Pakistan's players get to do are during warm ups.

Pakistan will naturally look to spinner Yasir Shah, as this deck will be helpful to him in ways Lord's was not. England's batsmen have even called upon Saqlain Mushtaq this week to help them figure out how to play Yasir.