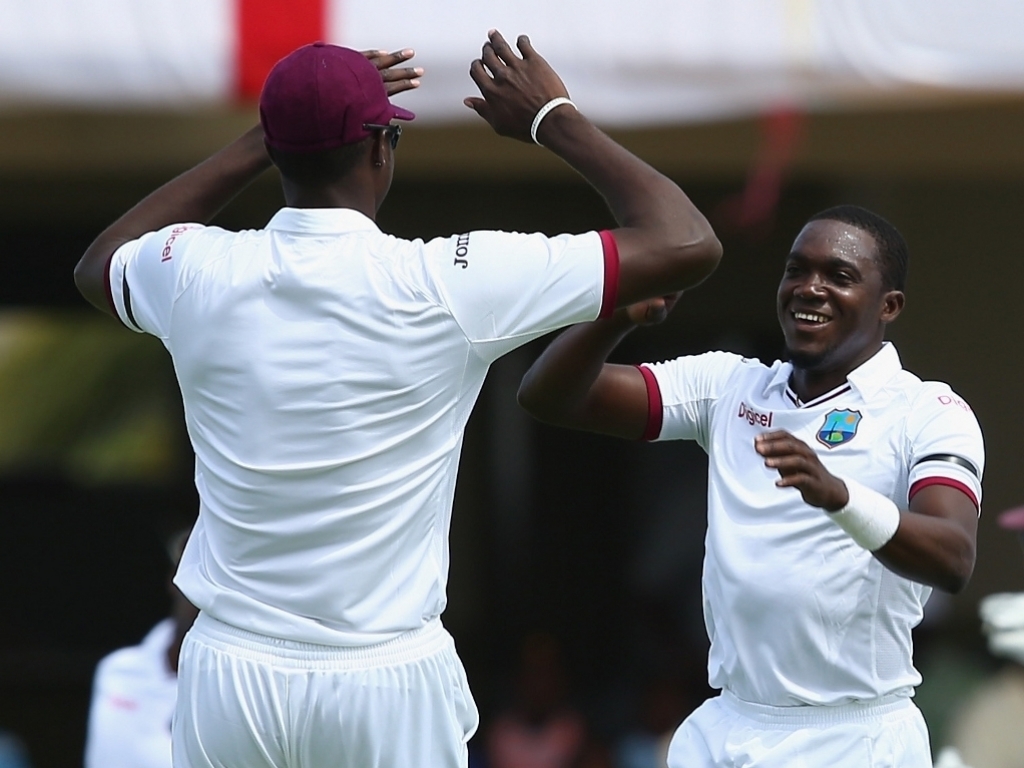 The home team should come into the match the more confident side as they battled hard on the final day in Antigua to salvage a draw, thanks to maiden Test century from Jason Holder, batting at number eight.

If Holder was one of the shining lights in the second innings, then batsman Jermaine Blackwood was the star of the first innings as he also hit his first ton in the longest format of the game to keep England at bay.

The Windies have dropped spinner Suleiman Benn fronm the squad after he had a rather forgetful match in Antigua.

For England senior batsman Ian Bell struck his 22nd Test century while Gary Ballance also came back into form with a patient hundred in his second knock.

Skipper Alastair Cook will again go into the match under immense pressure to score runs, with his last century for England coming nearly two years ago.

Jonathan Trott should get another go to open the innings, while allrounder Moeen Ali should come back into the side as the number one spinner and he will strengthen the batting.

For England, they will again want the solidity that Joe Root provides at number four. The Yorkshireman struck two fifties in the first Test but would want to convert it into bigger scores for the rest of the series.

The Windies need opening bowler Jerome Taylor to continue to strike with the new ball, but they would also want him to do better when he comes back for his second and third spells later in the innings.

The West Indies come into the match with their confidence on the up and England were pretty disappointed not to win the first match. England still have the better players though, so they should just sneak it.