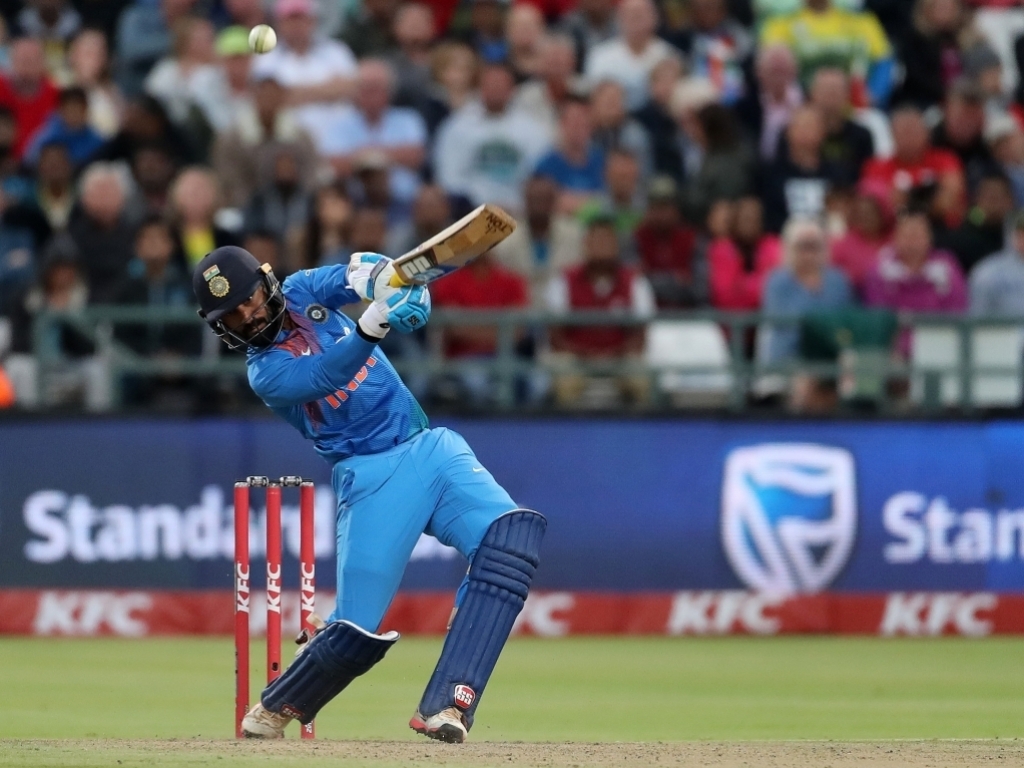 Dinesh Karthik smashed 29 off just eight balls, six of those off the final ball of the game, as India, sensationally, won the T20 tri-series title in Colombo on Sunday, beating Bangladesh by four wickets.

Chasing a target of 167, Karthik walked to the wicket with India needing 34 runs to win off the final 12 deliveries of the game.

The right-hander then proceeded to hit seamer Rubel Hossain for 22 runs in the penultimate over , with the sequence of the over going six, four, six, dot, two, four.

With 12 runs needed from the final over, Vijay Shankar was on strike and he was really struggling to get the big shots away at the other end.

To his credit though, Shankar did get a vital boundary in the last over but he was caught on the long-on fence for 17 off 19 balls, but importantly Karthik was back on strike with five still needed off one ball.

Karthik then smoked Soumya Sarkar over the extra-cover ropes to give India a stunning win and break Bangladesh hearts.

Captain Rohit Sharma was the other major contributor as he scored 56 off 42 balls at the top of the order but India kept losing wickets as they fell behind the required-rate.

The Bangladesh bowlers were disciplined throughout and left-arm seamer Mustafizur Rahman looked to have won the trophy for the Tigers when he only conceded a leg-bye in the 17th over.

Mustafizur eventually finished with figures of 1-21 in four overs while skipper Shakib Al Hasan took 1-28 and Rubel, with that 22 in one over, went for 35 and took two wickets in his four overs.

Earlier, Sabbir Rahman was largely responsible for Bangladesh getting to a total of 166/8 in their 20 overs.

Batting at number three, Sabbir seemed to be batting alone for the Tigers, striking 77 off just 50 balls before being bowled in the second last over of the innings.

The next highest score in the innings was 21 by Mahmudullah, batting at number six.

Leg-spinner Yuzvendra Chahal was the pick of the all the bowlers on the day, taking 3-18 in four overs.