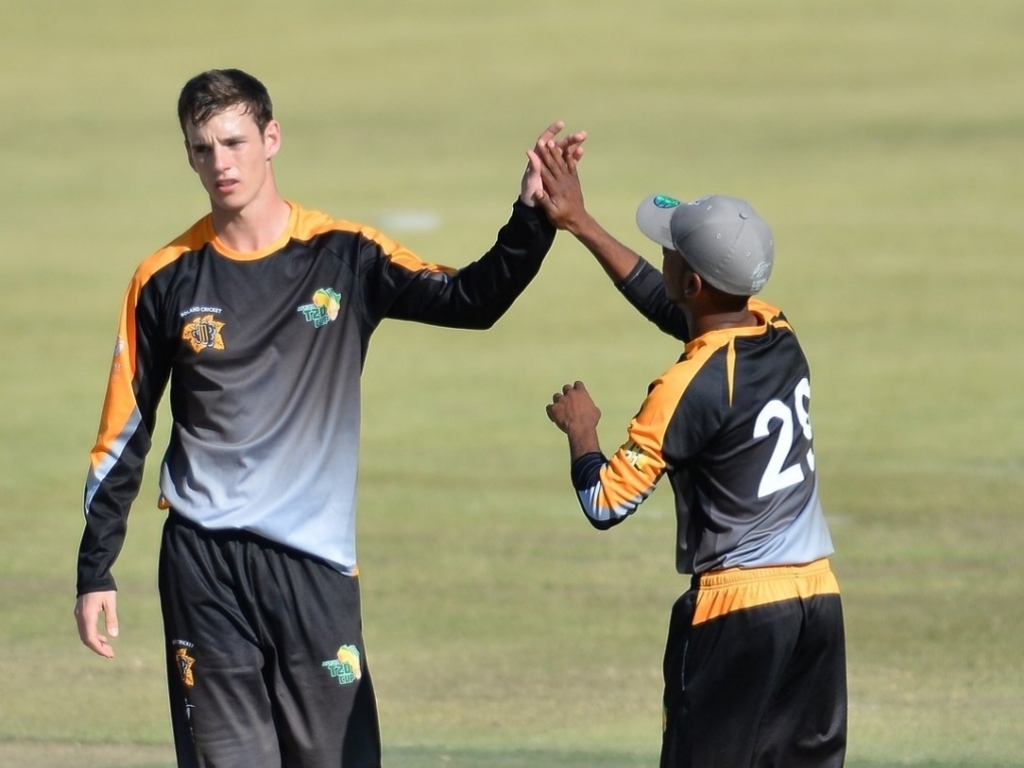 Nkululeko Serame claimed three wickets to help Boland secure a bonus points victory in their only completed match in Pool D at the Africa T20 Cup on Sunday as they demolished Zimbabwe by 10 wickets at Buffalo Park in East London.

The right-arm off-break bowler took a career-best three for 17 as the Paarl side skittled the Africans for a paltry 76, before Pieter Malan (32 off 25 balls) and Ricardo Vasconcelos (45 off 28 balls) knocked off the runs in just 8.5 deliveries.

With the second match on Friday and both Saturday’s fixtures all washed out, the four sides went into the final group games with hope of reaching the semi-finals.

However, a wet outfield meant the start was delayed and the game reduced to 15 overs per side.

Boland, who along with Border were yet to have a match completed, won the toss and chose to field first and their bowlers did not disappoint.

Serame took the wickets, but there was fine support from Lizaad Willams (2/4), Zakhele Qwabe (1/16) and Kyle Simmonds (1/12). Vasconcelos was also involved in two run-outs.

Innocent Kaia top-scored with 30, but there was no support and Zimbabwe, beaten by Hollywoodbets KwaZulu-Natal Inland in the only completed match before Sunday, folded in 13.4 overs.

Malan and Vasconcelos then wasted little time in knocking off the runs to take their team to a bonus-point win.

The win lifted them to nine points, with Zimbabwe staying last on two.