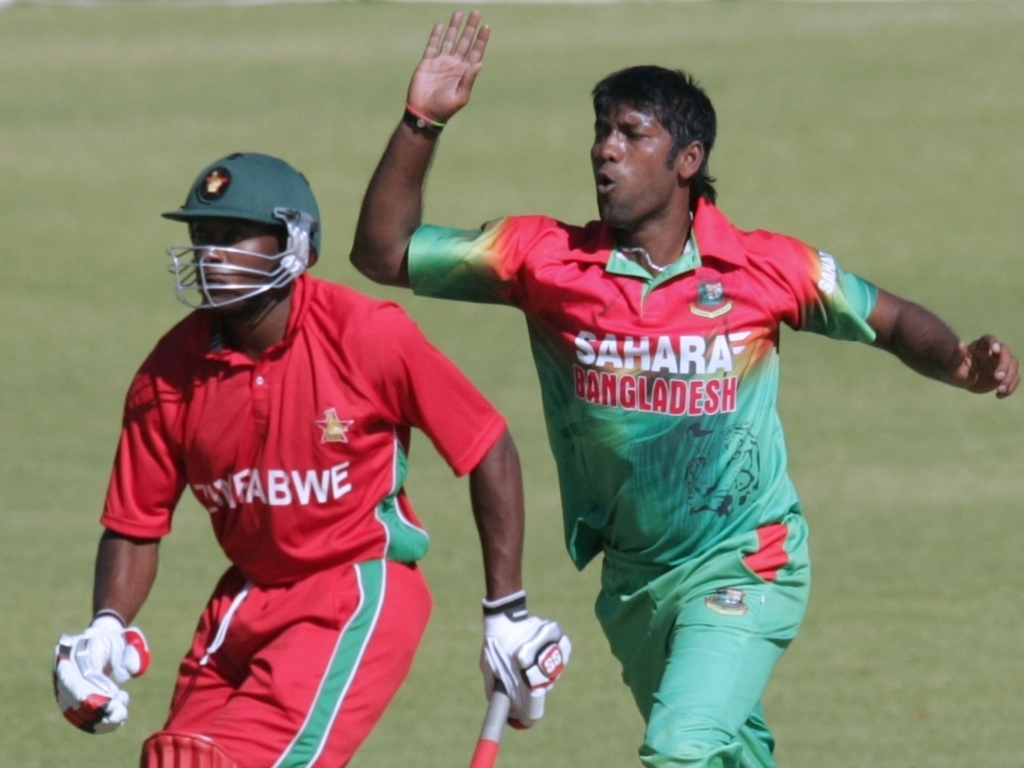 While Bangladesh may have won the Test series against Zimbabwe in convincing fashion, recording a three-nil drubbing, the one-day series starting in Chittagong could prove slightly more balanced.

The last 10 ODIs between the sides have resulted in five wins for Zimbabwe, four for the Tigers and one abandonment, though we must concede that the majority of those were played in Africa.

Now the Tigers will be high on confidence after their Test exploits, and will go into the series under the leadership of veteran fast bowler Mashrafe Mortaza. While Mushfiqur Rahim will be behind the stumps, Mortaza has been given the armband again.

The hosts have also added leg-spinner Jubair Hossain to the squad, and he will be a valuable weapon after impressing in his debut Test series. A notable absentee though is Taijul Islam, who took 17 wickets in the Tests, second only to Shakib-al-Hasan's 18.

Zimbabwe's core line up is the same, with the captaincy switching from Brendan Taylor to Elton Chigumbura. Like with Bangladesh, the Test skipper remains as wicketkeeper, while pressure will be on Sikandar Raza and Hamilton Masakadza again.

Eyes will also be on batsman Craig Ervine, who came back into the side after more than a year out of action. He'd opted not to play for Zimbabwe due to a salary dispute, but returned once new deals were on the table.

He didn't impress in the Test series, top-scoring with 34 in six innings, and will need to show why the selectors should have had faith in him even after 18 months off the field.

For the hosts, the obvious key player is Shakib. He's the top all-rounder in Tests, and second on the T20 rankings. He was the leading wicket-taker in the recent series, and the Zimbabwe players were clueless against him. With the bat, he averaged nearly 42 and scored a ton.

For Zimbabwe, they will look to Sikandar Raza as opener to make sure they get enough runs to defend. This will be crucial, as their bowling attack has not been strong enough to defend smaller totals, and Raza scored three fifites in six Test knocks.