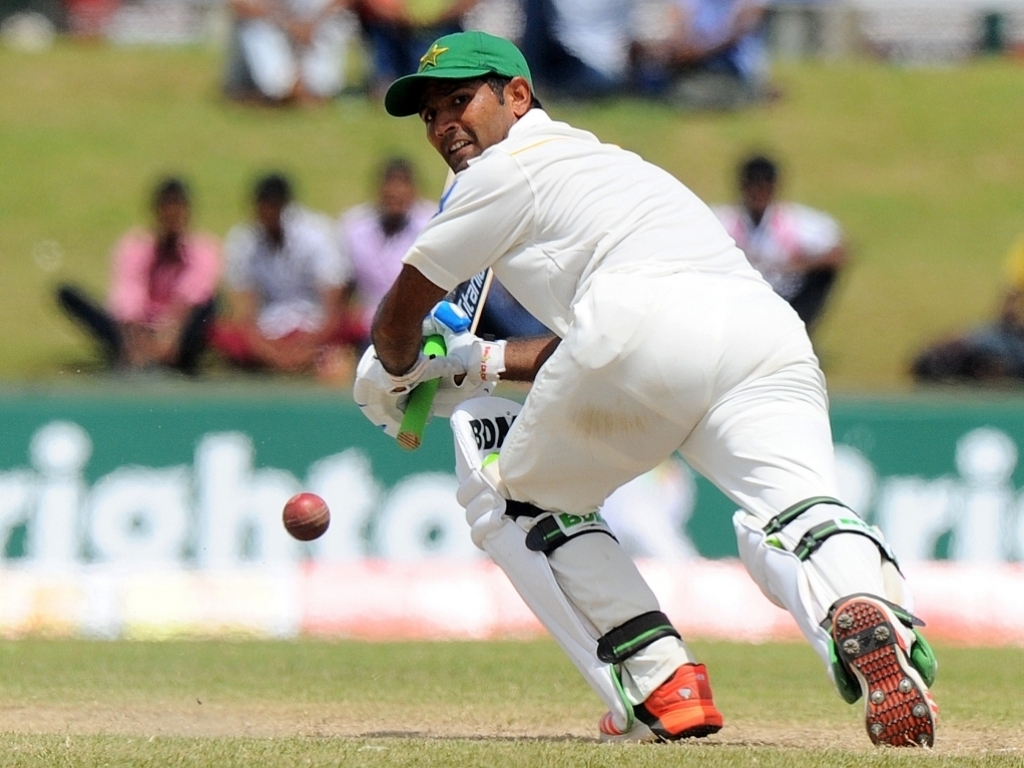 Asad Shafiq scored his seventh Test century as he helped Pakistan take control on day four of the first Test against Sri Lanka in Galle on Saturday.

Shafiq score 131, in 376 minutes at the crease, as he helped the visitors recover from a precocious position of 96 for five to 417 all out, as they replied to the hosts first innings total of 300.

Pakistan then struck twice in the final session to have the Sri Lankans reeling at 63 for two at the close, still a deficit of 54 runs heading into the last day.

Resuming the day on 118 for five, Shafiq and Sarfraz shared in a stand of 139 for the sixth wicket that went a long way in helping the Pakistan recovery.

Sarfraz, who was very attacking, eventually played one shot to many as he was bowled by seamer Dhammika Prasad, going for an ambitious sweep shot when he was on 96.

Wahab Riaz and Yasir Shah didn't last to long but Zulfiqar Babar, batting at number 10, made a quick-fire 56, off 60 balls, as he put on 101 with Shafiq for the 10th wicket as they frustrated the home team.

They both eventually fell but not before Pakistan got a handy lead that was made to look even better when Wahab got opener, and first innings centurion, Kausal Silva out cheaply.

The day got even better for Pakistan as just before the close leg-spinner Shah got rid of the big fish of Kumar Sangakarra to leave the Sri Lankans maybe hoping for some bad weather on day five.