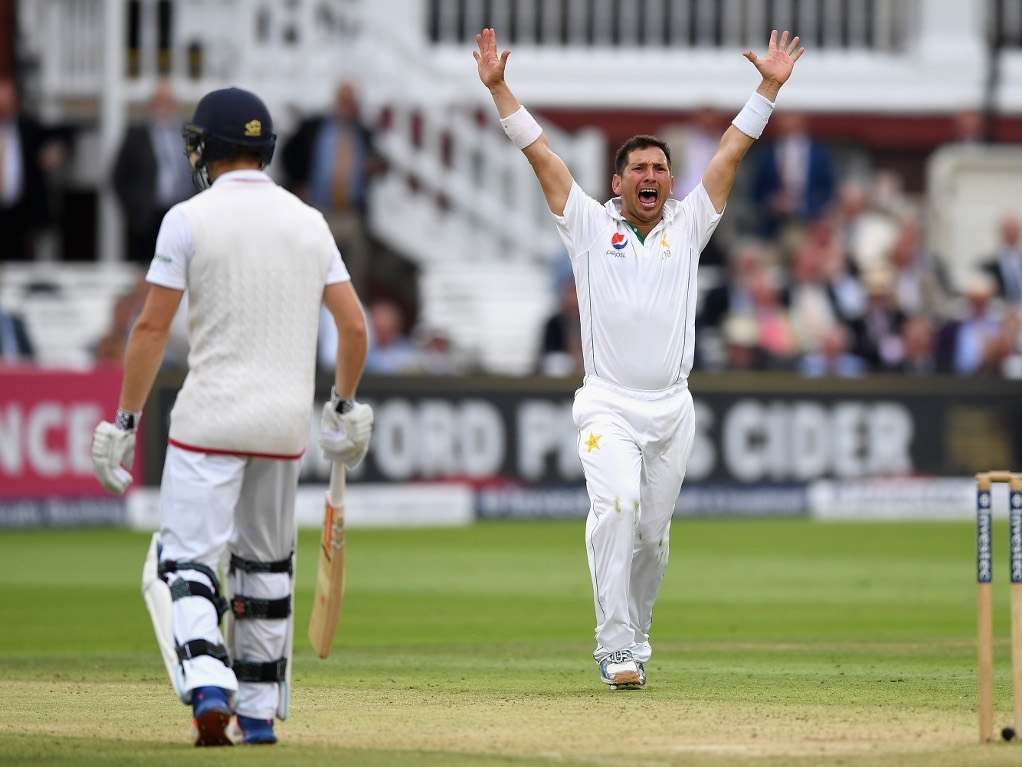 Pakistan leg-spinner Yasir Shah picked up five wickets for 64 runs on Friday to put his side firmly in control after the second day of the first Test match against England, who still trail the visitors by 86 runs at Lords.

At stumps, England were on 253/7 after 71 overs and had Chris Woakes on 31 runs and Stuart Broad sitting with 11 and Jake Ball and Steven Finn still to bat.

In reply to Pakistan's first innings 339 all out, England were 153 for four at tea with captain Alastair Cook 75 not out and Jonny Bairstow was on one, after Shah had taken the wickets of Joe Root (48), James Vince (16) and Gary Ballance (six).

Amir, coming back from a five-year ban for his 2010 spot-fixing crime, opened the attack and should have had Cook out for 22 but he was dropped with a routine catch by first slip Mohammad Hafeez.

Then when Cook was at 55, he edged Amir and was dropped again this time by wicketkeeper Sarfraz Ahmed in what looked like a straight forward two-handed catch.

With the early loss of Alex Hales for six, Cook then had a stand with new number three Root of 110.

After lunch, Shah struck when Root was caught by Hafeez off a miss-timed sweep.

Then both Vince and Ballance were Shah 's next wickets, given out LBW.

Earlier in the day, England all-rounder Woakes ended Pakistan's overnight innings of 282 for six, bowling them out for 339 with test-best figures of six for 70.