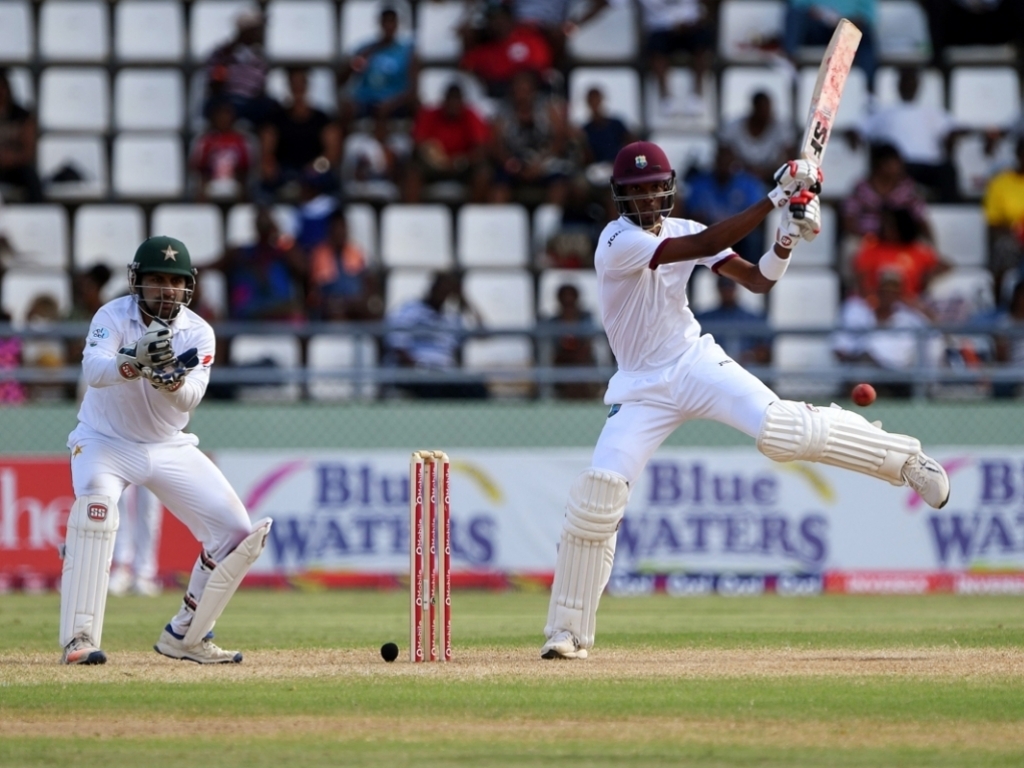 The West Indies climbed to 218 for five – and trailed by 158 – on day three of the third Test against Pakistan at Windsor Park in Dominica on Friday.

Resuming on 14 without loss in response to the tourists’ 376 all out, which was built on the back of opener Azhar Ali’s fine century, the Windies were staggered in combating the threat posed by leg-spinner Yasir Shah.

Shah finished the day with telling figures of three for 108. The hosts lost wickets at regular intervals – and had to watch the in-form Roston Chase retire hurt on 60.

Kraigg Brathwaite, Shimron Hetmyer and Kieran Powell and Shai Hope enjoyed promising starts, but none of the four managed to score more than 31.

The three-match series is currently locked one-all, with days four and five in Roseau sure to be decisive.