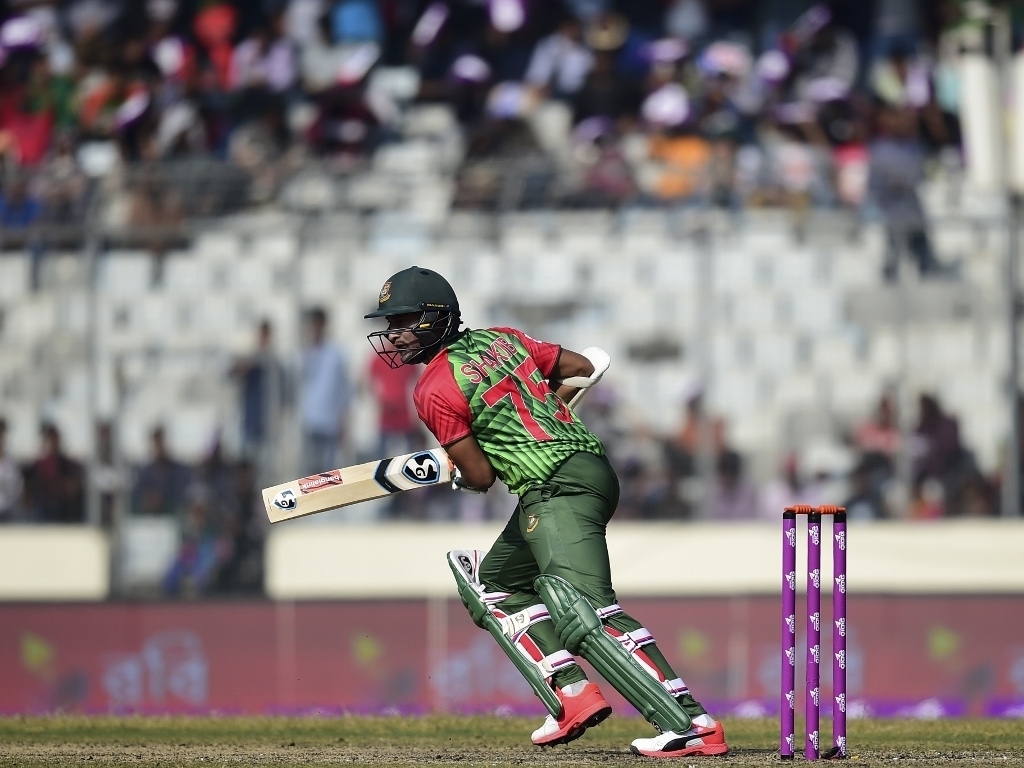 Bangladesh star Shakib-al-Hasan put in a great allround performance against Sri Lanka in match three of the triangular ODI series.

Mashrafe Mortaza won the toss and elected to bat first with Tamim Iqbal getting Bangladesh off to a flying start.

Tamim shared a 71 run stand for the first wicket with Anumal Haque (35) before bing joined in the middle by Shakib.

The pair would put the Tigers well on top with a 99 run stand off 86 balls until Akila Dananjaya broke through with the help of DRS getting Tamim caught behind.

A 57 run stand between Shakib (67) and Mushfiqur Rahim (62) ensured that Bangladesh remained in the ascendency though and Mahmudullah Riyaz (24) and Sabbir Rahman (24) would chip in to help Bangladesh to an imposing 320/7 in their 50 overs.

It's back to back Player of the Match awards for @Sah75official, as he once again shows his expertise with both bat and ball.#BANvSL SCORECARD: https://t.co/GjiDkL3zma pic.twitter.com/sF2NOBfcpv

In reply Sri Lanka were abject with no sinlge batsman able to manage more than 30.

Sri Lanka's dangerman at the top Kusal Perera (1) was out early one marching down the wicket only to be bowled by Nasir Hossain.

There was no stomach for the contest from the middle order yet again While each of Upul Tharanga (25), Kusal Mendis (19), Niroshan Dickwella (16) and Dinesh Chandimal (28) getting starts before getting out.

Thisara Perera (29) was again left to try and rally the tail when he fell to Shakib and Sri Lanka were 150 for 8 the match had long been over as a contest.

Rubel Hossain wrapped up the tail and Sri Lanka were 157 all out losing by 163 runs.