Shamsi the star on tough day for the bowlers 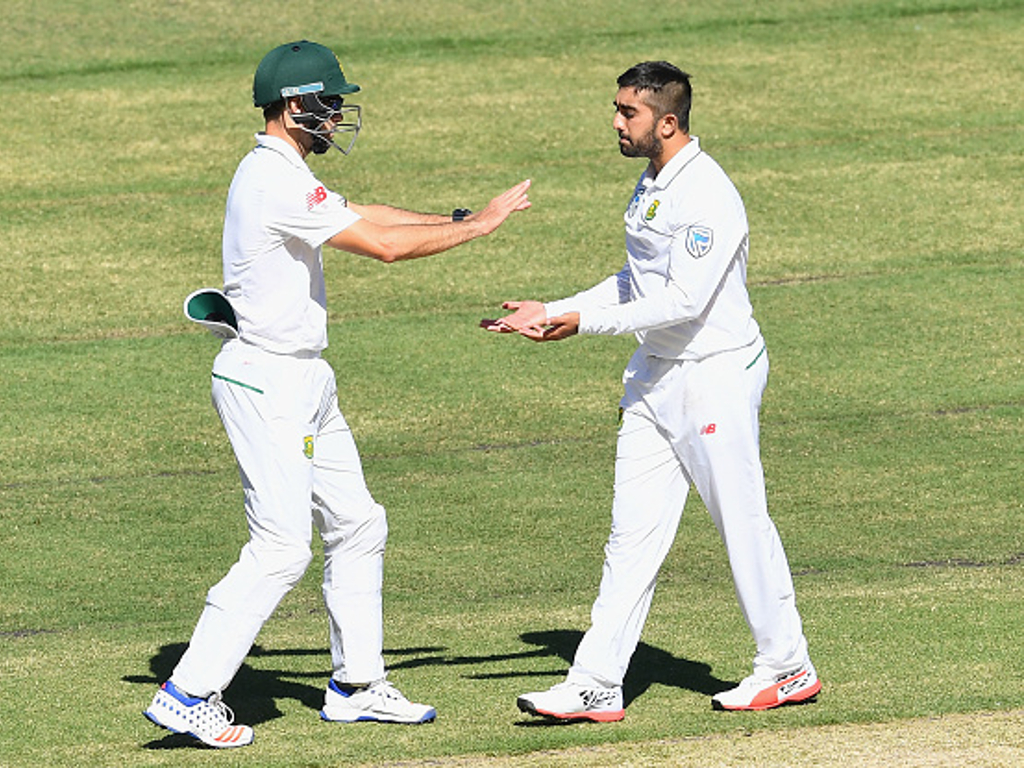 Tabraiz Shamsi’s five for 45 spearheaded a tough workout for the Proteas bowlers on day one of the two-day warm-up match against a Sri Lanka Board XI at the P.Sara Oval in Colombo on Saturday.

The left-arm wrist spinner, along with fellow leg-spinner Shaun von Berg (2/82,) led the strikes with the ball as the hosts were dismissed for 287 in 78.2 overs.

It was a tough toil for the bowlers in hot and flat conditions, but the bowling loads were rotated strategically by captain, Faf du Plessis, after winning the toss and electing to bowl first.

Good morning from the P. Sara Oval in Colombo. The Proteas have won the toss and elected to bowl in their two-day warm up match against a SL Board XI. Follow us for regular updates #SLvSA pic.twitter.com/ZECXR0KHeX

Vernon Philander and Dale Steyn partnered up with the new ball after six months, and both eased back into their rhythm throughout the course of the day.

Kagiso Rabada ran in with pace and aggression, and looked at his best after recovering from a lower back injury.

Lungi Ngidi (1/52) was the only seamer in the wickets column with the scalp of Sri Lanka’s captain, Angelo Mathews, who top-scored with a valiant 92. There were other contributions from Kaushal Silva (76) and Danushka Gunathilaka (53), in a top five that features four batsmen in Sri Lanka’s squad for the first Test.

Although the placid conditions are in stark contrast to what is expected at the Galle International Stadium next week, the coaching staff will be encouraged by the intensity and mileage in the tank. All of the bowlers were able to put in at least three spells, although the fast bowlers came in with short bursts in the searing heat. Keshav Maharaj is struggling with an illness and was unable to take the field.

In response, the Proteas lost the early wicket of Aiden Markram after he played on a delivery from Lahiru Gamage for 0. Dean Elgar (14*) and Hashim Amla (2*) will resume the innings on 17/1 on the final  d