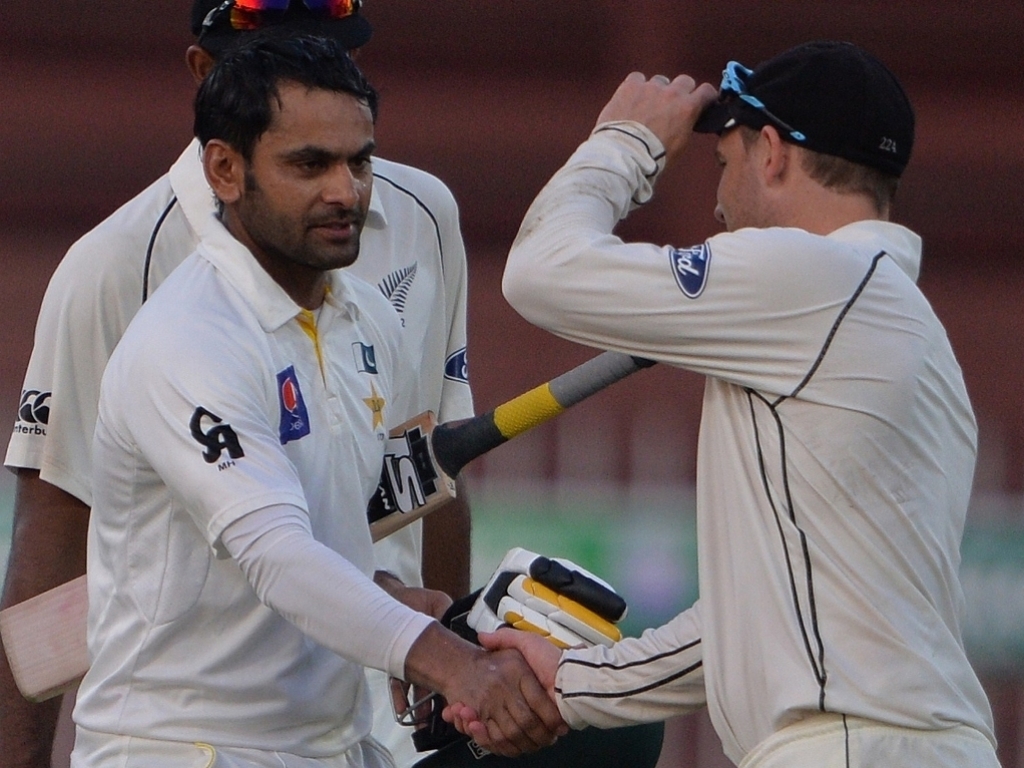 Play in the third Test between Pakistan and New Zealand was suspended on Thursday, with day two made a rest day, in the wake of Australia batsman Phillip Hughes' passing.

Hughes died in Sydney as a result of injuries sustained by a bouncer that hit him on the back of his head on Tuesday, and he never regained consciousness after being rushed off the field for emergency brain surgery.

Play was suspended for an hour in Sharjah as the teams discussed how to proceed, and it was decided that a rest day would be claimed, with the match being extended to Monday.

"Like the rest of the cricketing family, the Black Caps players and management are devastated to hear about Phil’s tragic passing.  It’s an unthinkable loss and I can tell you it’s an incredibly sombre dressing room right now.

"To those who were close to Phillip, we extend our deepest sympathies.  Our thoughts are with you during this extremely difficult time."

The state of play at the time saw Pakistan in a solid position on 281 for three, with opener Mohammad Hafeez unbeaten on 178, while Misbah-ul-Haq was on 38 not out.