Shreyas heroics not enough for Daredevils 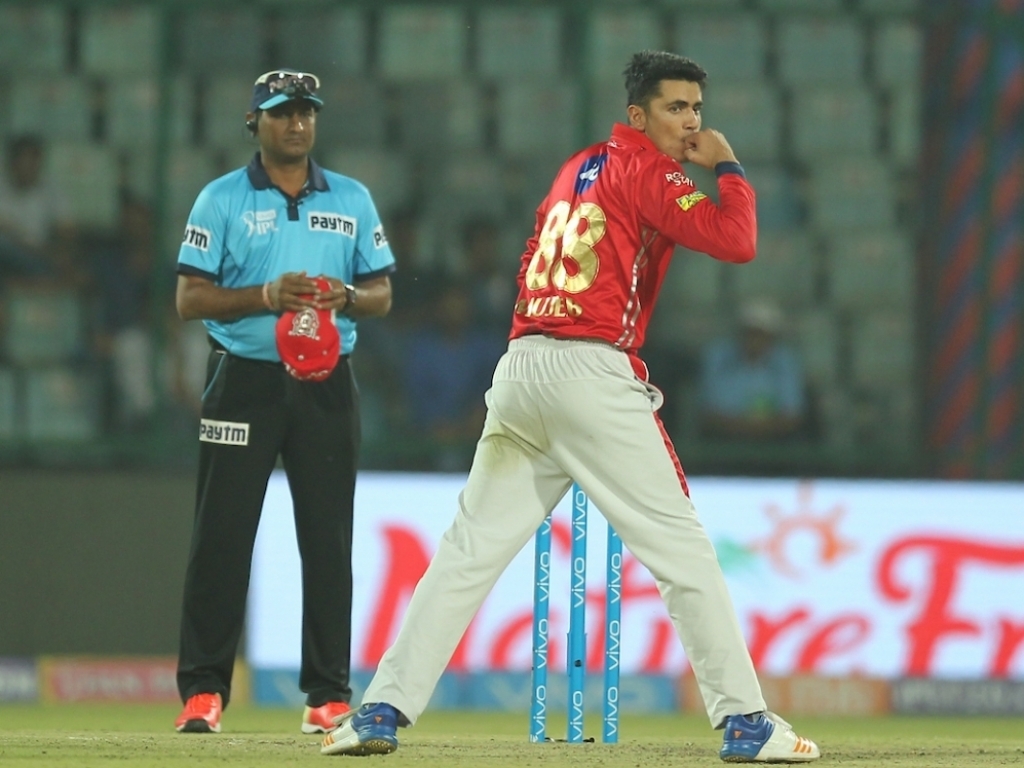 Shreyas Iyer was the only man to pass fifty in a low-scoring contest between the Delhi Daredevils and the Kings XI Punjab but he couldn’t get the home side over the line.

He was the man on strike with the Daredevils needing five to win off the final ball of the match but would hole out to Aaron Finch off the bowling of Mujeeb Ur Rahman right at the nailbiting climax.

The Kings XI didn’t look like they had put enough runs on the board with the top order faltering in the absence of the red-hot Chris Gayle.

Aaron Finch (2) returned to the top of the order but fell early after the Punjab franchise were put in to bat.

Liam Plunkett was impressive on his IPL debut returning figures of 3 for 17 bagging the wickets of Lokesh Rahul (23), Mayank Agarwal (21) and Karun Nair (34) to leave the visitors in a spot of bother.

Questions will be asked about Gautam Gambhir’s captaincy as he chose to bowl out Amit Mishra at the cost of 33 runs with the leg spinner bagging no wickets while Glenn Maxwell and Rahul Tewatia afforded a single over each but conceding ten between them.

In the context of the game David Miller’s 26 off 19 balls would lift the Kings XI to a defendable score though the Proteas star looked far from his best.

The Kings XI’s bowling effort saw them keep a much tighter ship with only Barinder Sran (1/45) conceding runs at greater than the rate required.

Andrew Tye (2/25) continued to prove his worth in the shortest format while Ankit Rajpoot (2/23) was the pick of the bowlers.

Young Afghan spinner Mujeeb has earned the faith of skipper Ravichandran Ashwin (0/19) who favoured him to bowl the final over with 17 needed and Iyer on strike.

The Delhi Daredevils top order had fallen away dramatically with Prithvi Shaw (22) and Rahul Tewatia (24) the only other men to pass twenty.

Shreyas (57) cleared the fence off Mujeeb’s second ball of the final over and collected four off the penultimate ball but mishit his hail mary attempt off the final ball to give the Kings XI a four run win.