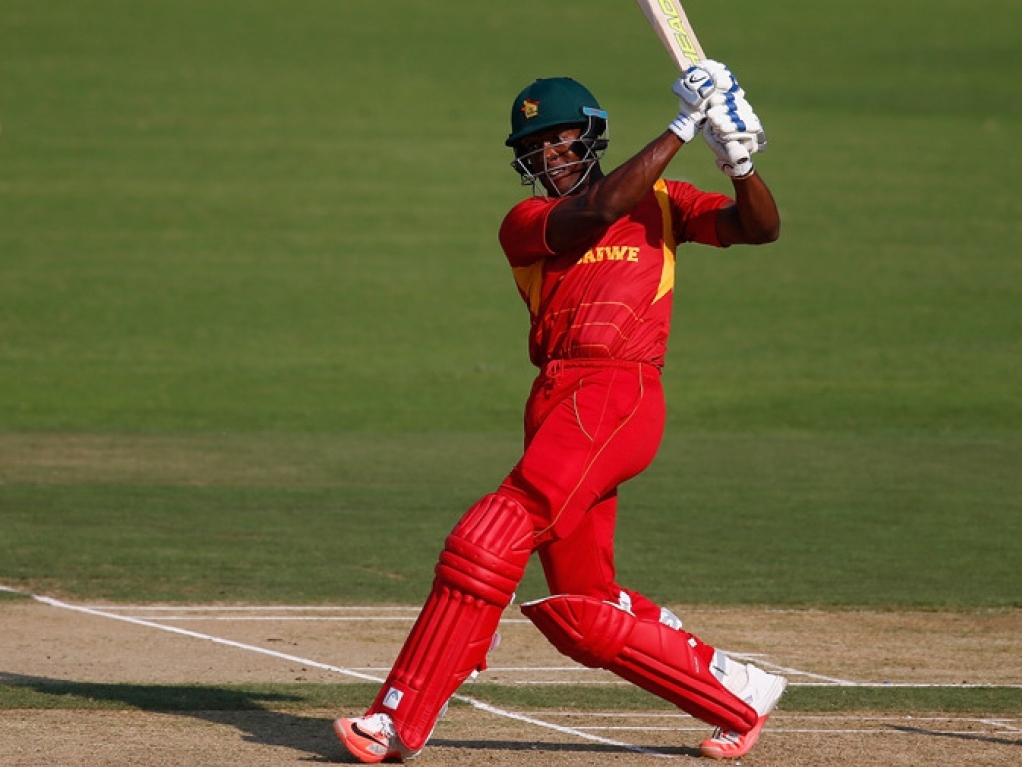 Vusi Sibanda scored a priceless half-century as Zimbabwe got their bid to be in the main draw of the World T20 off to a good start when they defeated Hong Kong by 14 runs in Nagpur.

Sibanda struck 59 off 46 balls, including five fours and two sixes, to anchor Zimbabwe's total of 158 for eight in their 20 overs after Hong Kong had won the toss and decided to field first.

The African side were not helped by three run-outs in their innings but they did get a late boost from former skipper Elton Chigumbura who hit an unbeaten 30 from just 13 balls to propel the innings towards the end.

The only other major contribution came from middle-order batsman Malcolm Waller, who scored a laboured 29-ball 26 in the face of some disciplined bowling from Hong Kong.

Hog Kong captain, and opening bowler, Tanwir Afzal was the pick of his side's attack with figures of two for 19 in his four overs.

The Asian side got off to slow start with the bat and never really recovered as the as they fell agonisingly short of their target, ending on 144 for six.

Opening batsman Jamie Atkinson struck 53 while Afzal also contributed with the bat, hitting a brisk 31 not out from just 17 balls but it was to little to late for his team.

Zimbabwe seamers Donald Tiripano and Tendai Chatara each picked up two wickets as the African side claimed the two points in Group B, which also includes Scotland and Afghanistan.