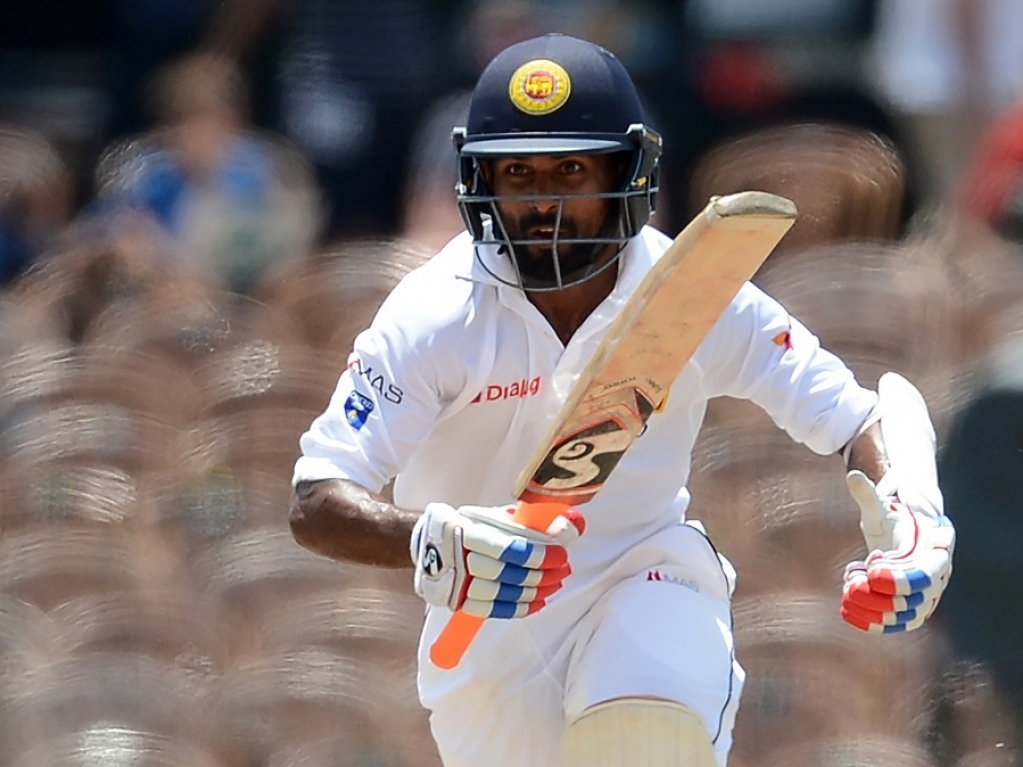 A superb century from batsman Kaushal Silva carried Sri Lanka to a formidable second-innings score of 312 for eight – and a hefty lead of 288 – on day four of the third and final Test against Australia at the Sinhalese Sports Club ground in Colombo on Tuesday.

Sent in to bat at number 3 with an injured hand, Silva held the Sri Lankan innings together like the six stitches that were holding the webbing of his hand together.

Dimuth Karunaratne (22) was the first of Silva's partners to be dismissed, falling victim to some eagle-eyed and opportunistic keeping as Peter Nevill stumped him after his back foot momentarily left the ground, Nathan Lyon gratefully accepted the wicket after a review.

Kusal Perera looked to take on the bowling, hitting five fours in his innings of 24 but he lasted only 25 balls before a lengthy review saw him given out caught behind off the bowling of Jon Holland.

Mitchell Starc continued to cause problems for Sri Lanka and trapped Kusal Mendis leg before for 18, Starc would end the day with figures of 2 for 58.

Nathan Lyon was Australia's star performer today concluding day four with figures of 4 for 123, he got Angelo Mathews (26), Dinesh Chandimal (43), and Rangana Herath (5) to go with the earlier stumping of Karunaratne.

All the while Silva kept going, accumulating runs as his more aggressive partners came and went. Silva eventually fell, beaten in the flight by Holland, leaving Sri Lanka 276 for 7, that was the cue for Dhananjaya de Silva to go on the offensive, the first innings hero would finish the day unbeaten on 44 off 56 balls with tailender Suranga Lakmal yet to score at the other end.

Sri Lanka are likely to have a dip in the morning before Australia face a nervy final day chase.