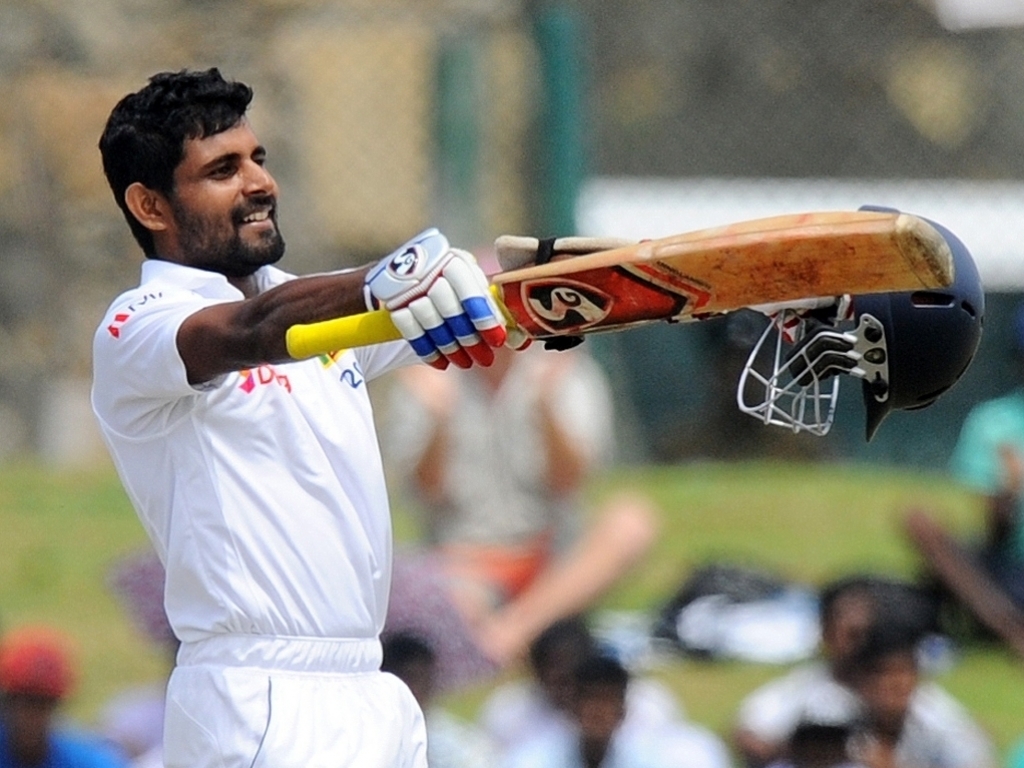 Sri Lanka were in the driving seat stumps on day three of the first Test in Galle, leading by 182 runs after reducing Pakistan to 118 for five before the rain arrived late in the day.

Sri Lanka had been all out for 300 earlier in the day, reaching such a good score thanks to a century from Kaushal Silva, who made 125. The rest of the Sri Lanka order fell cheaply on the day.

Play began with Kaushal on 80 and the score on 178 for three. Angelo Mathews, who had been on 10 overnight, was soon removed by paceman Wahab Riaz, and from there three more wickets fell before lunch.

Zulfiqur Babar and Yasir Shah found plenty of turn as the home order crumbled, held together only by Kaushal's second Test ton. It was his first against Pakistan, having scored four previous half centuries against them.

The wickets continued to fall in the afternoon when Pakistan started their chase, as Mohammad Hafeez and Ahmed Shehzad were both out for single figures. Azhar Ali was out for eight, leaving Pakistan three down for 35.

Then a 51-run stand between Younis Khan and Misbah-ul-Haq seemed to steady the ship, as the pair have done so many times before, but Younis was out for 47 to Dilruwan Perera, and then Misbah was removed for 20, having faced 60 balls.

Asad Shafiq and Sarfraz Ahmed were on 14 and 15 respectively when the close of play came, the players going off for a spot of rain and the umpires deciding that it had been enough action for one day.