Siraj bowls India A to dramatic victory over SA A 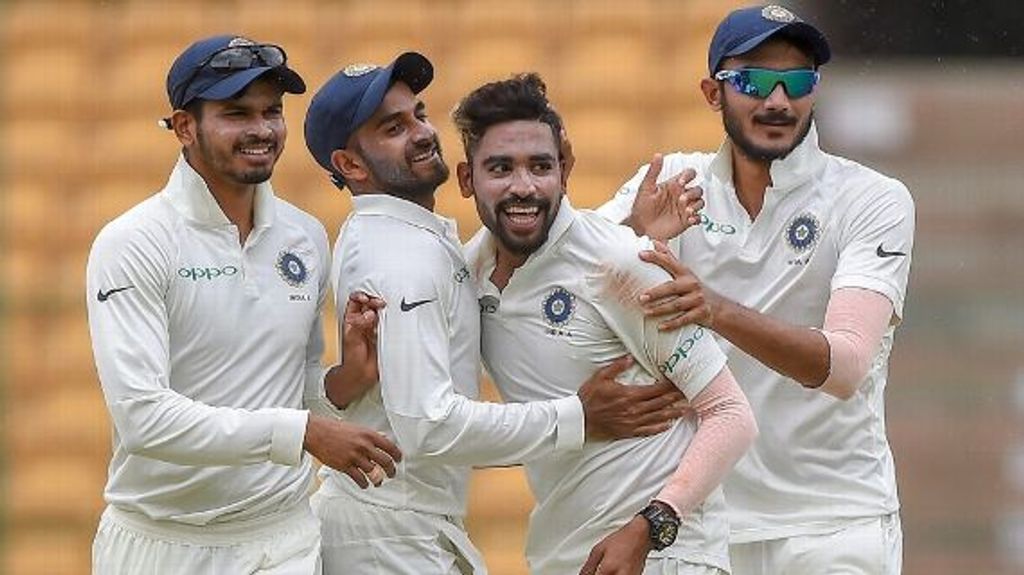 Mohammed Siraj claimed another five-wicket haul, helping India A claim an emphatic victory by an innings and 30 runs against South Africa A despite valiant batting efforts by Rudi Second and Shaun von Berg on day four of the first unofficial Test in Bengaluru on Wednesday.

The visitors could only add a further 209 runs to their overnight score before eventually being bowled out for 308.

The final day started off on a positive note for the South Africans as Zubayr Hamza recorded his 19th first-class half-century.

Joined by Von Berg near the close of play on Day Three, the pair could only add 29 runs together before Hamza was dismissed for 63 (126 balls, 11 fours) by Rajneesh Gurbani (2/45).

The dismissal brought Second to the crease where he and Von Berg went about tackling the task of batting throughout the day.

The pair did well together, notching up a 119-run partnership that lasted just over 50 overs.

Both batsmen celebrated their fifties, Von Berg managing to secure his just before Gurbani intervened once again, claiming his second wicket and dismissing the all-rounder for 50 off 175 balls (6 fours).

On the back of his second half-century in this match, Second looked to be heading towards three figures but once again succumbed on his first innings score of 94 runs, this time off 214 balls (15 fours) to Yuzvendra Chahal.

With the close of play approaching and the visitors having two wickets in hand, it was all about survival for the tail-enders.

Malusi Siboto (7*) joined by Beuran Hendricks (10) added 18 runs before Axar Patel (1/43) removed the latter, leaving the tourists on the verge of defeat.

Siraj (5/73) wrapped up the match with the wicket of Duanne Olivier for a duck, securing victory for his side and finishing with career-best match figures of 10/129 in first-class cricket.