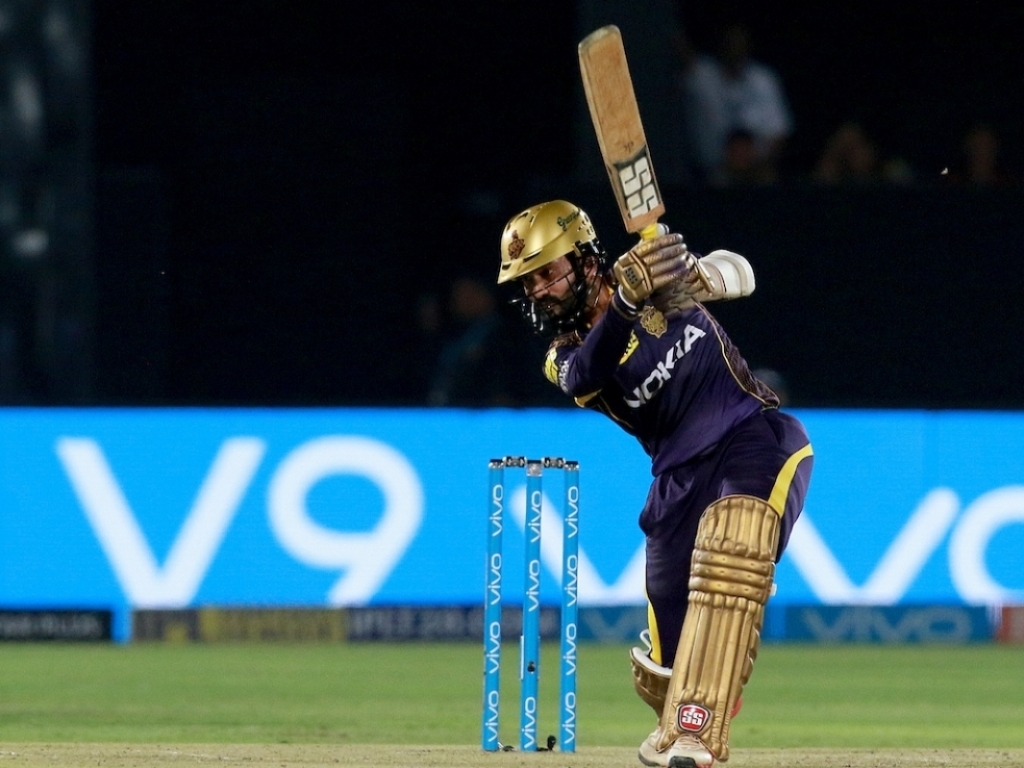 A steady unbeaten 42 from Dinesh Karthik helped the Kolkata Knight Riders earn their third win of the Indian Premier League on Wednesday against the Rajasthan Royals.

The Knight Riders won the toss and as has been customary in IPL 2018 they elected to field first.

The Royals got off to an excellent start with skipper Ajinkya Rahane (36) leading the charge with a forceful knock that was ended by some sharp work from Karthik who stumped his opposite number off the bowling of Nitish Rana.

After a 54 run opening stand the Royals struggled to keep the score moving along and wickets fell at regular intervals.

Sanju Samson (7) was only at the crease briefly while D’Arcy Short struggled to 44 off 43 balls before being cleaned up by Rana.

Rahul Tripathi (15) and Ben Stokes (14) were undone by the spin of Kuldeep Yadav and Piyush Chawla respectively and with only 122 runs on the board and five back in the hut the Royals were always going to struggle to achieve a decent total.

A cameo from Jos Buttler (24*) aided by the tail got the Royals to 160 for 8 in their twenty overs while Tom Curran (2/19) bagged wickets off successive balls in the penultimate over but was unable to complete the hat-trick.

In reply the Knight Riders stuttered early as master blaster Chris Lynn (0) was undone by Krishnappa Gowtham with the third ball of the chase.

The Kolkata outfit bounced back through Sunil Narine (35) and Robin Uthappa (48) who played their roles to perfection in a 69 run second wicket stand before the latter joined forces with Rana to add 32 for the third.

Off the third ball of the 17th over Karthik ended a 21 ball boundary drought by smashing Jaydev Undakat for six and put his team in pole position, then two balls later Rana matched the feat leaving KKR needing 20 runs off 18 balls.

Stokes bowled the 18th over which went for ten with Karthik lashing a full toss from the England allrounder past deep backward point for four yet again off the third ball at that point the result was in little doubt.

The skipper rounded off the win by hitting Ben Laughlin over long on for a huge six, Karthik (42*) and Rana (35*) earning KKR a seven wicket win with an over to spare.