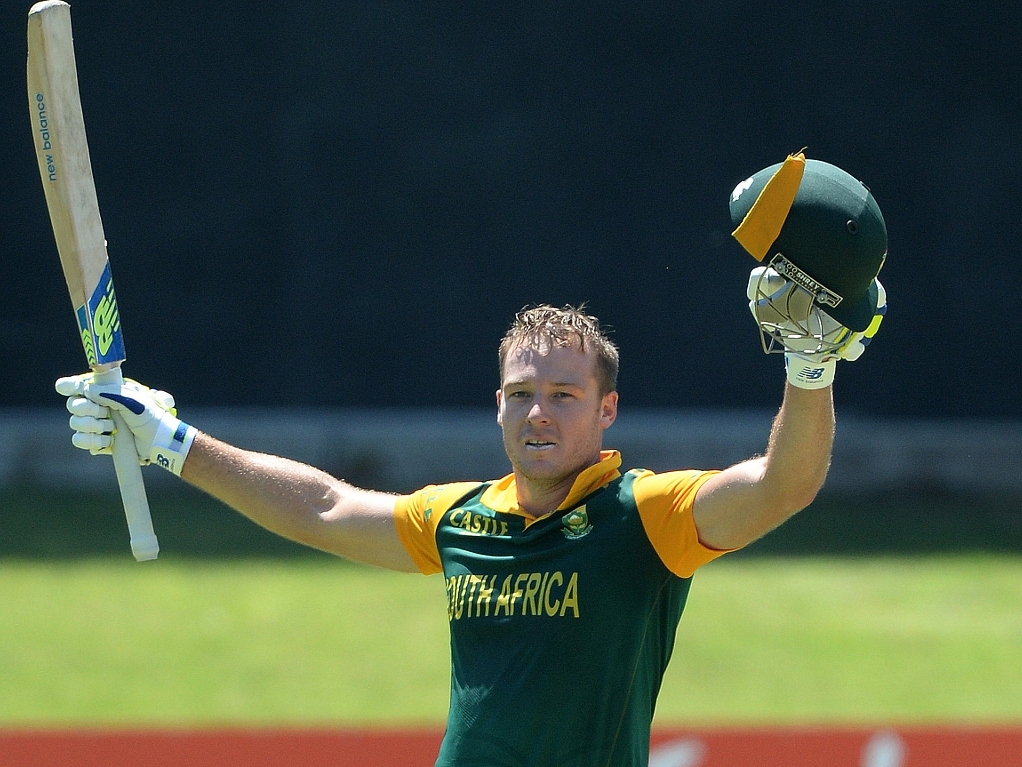 The West Indies won the fourth One Day International (ODI) against the South Africa, which took place in Port Elizabeth on Sunday, by one wicket after a terrific fight-back by their lower order.

Chasing a total of 262/8 set up by a brilliant 130 not out by David Miller, the Windies lost regular wickets throughout until Marlon Samuels (68)  was joined by Darren Sammy (51), and later Andre Russell (64 not out), took advantage of some loose bowling to record their first victory of the series.

Nevertheless, the Proteas should probably have scored more runs after Miller was denied the strike in the final over by the SA lower order batsmen who were unable to get the centurion back on strike.

They will also rue the 14 wides they bowled during the innings, several of them in key situations, which helped gift the advantage back to the visitors.

Miller's knock, though, was something of a watershed moment in his international career, and contained a variety of measured strokes to go along with his trademark big hits to help South Africa to a good total on a somewhat sluggish surface.

Earlier, the West Indies won the toss and elected to field on a wicket that was expected to get slower as the match progresses.

Both sides made several changes from the teams that featured in the third ODI, with Hashim Amla, Dale Steyn, Vernon Philander and Imran Tahir missing out for the South Africans, while Morne van Wyk, Kyle Abbott, Aaron Phangiso and Wayne Parnell came in.

For the visitors, Darren Sammy, Leon Johnson and Sheldon Cottrell came in for Sulieman Benn, Jerome Taylor and Narsingh Deonarine.

In the absence of Amla Van Wyk opened the batting with Rilee Rossouw, who once again was the first wicket to fall when he edged Cottrell to second slip where Sammy took a brilliant diving catch to get rid of the left-hander for four.

Faf du Plessis (four) and Van Wyk (18) didn't last long either – both caught behind the wicket from the bowling of Holder and Cottrell respectively – and when AB de Villiers fell for 19 – caught behind off Andre Russell – the South Africans found themselves 76 for four.

Miller was joined by JP Duminy at the crease and together the pair added 90 for the fifth wicket before the latter was outfoxed by a Sammy slower ball and presented a return catch for the bowler to be dismissed for 43.

Whilst Miller continued to move the scoreboard forwards, at times during the latter parts of the innings he was perhaps denied some of the strike by the rest of the lower order, with Farhaan Behardien (12), Wayne Parnell (12) and Phangiso (naught) all well in relatively quick succession towards thelatter part of the innings.

For the Windies, captain Holder will be pleased with his four wickets even though his bowlers were unable to capitalise on the De Villiers dismissal in the 15th over of the match.

The visitors' chase got off to a poor start when Dwayne Smith was cleaned up by Morkel's third delivery with the score still on naught.

Chris Gayle was outfoxed by Duminy – who came on as first change in the Power Play overs – and was caught by Behardien in the covers when the former Windies captain drove aerially at the off-spinner's first delivery and was sent back to the pavilion for 10.

Johnson (18) was run out through some fine work by De Villiers in the field and Van Wyk behind the stumps after he was sent back by Marlon Samuels, who was playing a seemingly lone vigil at the other end.

Denesh Ramdin fell for three – plumb leg-before by Behardien – and when Jonathan Carter (five) was run out following an awful mix-up with Samuels which resulted in both players ending up at the striker's end, the visitors found themselves on 71 for five and some way behind the play.

Samuels was joined at the wicket by Sammy, and with the required run rate escalating, the two decided to hit out.

Together they added 93 for the sixth wicket at better than a run a ball to bring the visitors right back into the match.

Sammy eventually fell for 51 after attempting one big hit too many and was caught off the bowling of Parnell by De Villiers, who took a high catch at the second attempt.

Samuels fell soon after when a Behardien delivery nipped back in to castle him.

Nevertheless, the Windies assault continued through Andre Russell and Holder, with the former being particularly harsh on anything loose, particularly from the quicker bowlers.

Together they brought the required rate to within a whisker of a run a ball with eight over left, but when Holder was brilliantly caught for 13 by Miller from the bowling of Duminy, the Proteas were once again favourites.

More drama was to come though, when in the 47th over – bowled by Parnell when new batsman Carlos Braithwaite was dropped at slip by De Villiers, before Russell was given out caught behind three balls later. On review, it showed that he had indeed missed the delivery which left him off the surface.

South Africa made the breakthrough off the first delivery from the next over, bowled by Phangiso, when Braithwaite was run out thanks to some fine work by De Villiers and Van Wyk once more.

That wasn't to be the end of it though, with Russell welcoming new batsman Cottrell – who only faced one ball – with three sixes in quick succession to take the Windies home with nine balls to spare.

Russell finished on 64 from just 40 balls. The fifth and final ODI in Centurion will be played on Wednesdaay.