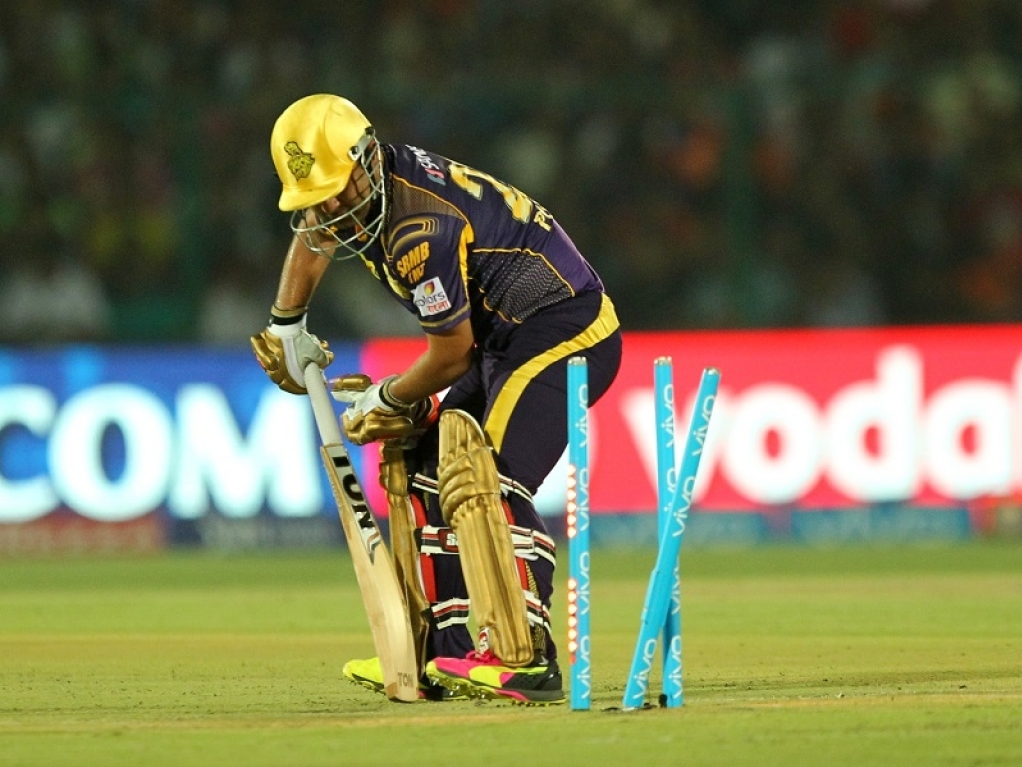 A four-wicket haul from seamer Dwayne Smith and a quickfire cameo from captain Suresh Raina led the Gujarat Lions to a comfortable victory over the Kolkata Knight Riders in Thursday's key Indian Premier League clash in Kanpur.

Smith secured telling figures of four for eight in four overs, including 18 dot balls – the most in a full-over allotment during the tournament's nine-year history. The West Indies all-rounder was duly named Man of the Match.

Hampered by the absence of the injured Andre Russell and collective insufficiencies of fellow West Indians Jason Holder and Sunil Narine and South African Morne Morkel, Kolkata failed to inspire a near sellout crowd at Green Park, which hosted its maiden IPL match.

A final total of 124 for eight proved entirely inadequate. It would have been less, had the veteran Yusuf Pathan not dug in for a near standalone 36.

Gujarat's reply was swift and professional. They lost a mere four wickets and won with all of 39 deliveries to spare, thanks largely to Raina's unbeaten 53 – and Australian Aaron Finch's complementary 26.

The result pushed the Lions to second position in the eight-team standings – and left Kolkata fourth.

Friday will bring an important fixture between the Delhi Daredevils and Sunrisers Hyderabad at the Shaheed Veer Narayan Singh International Stadium in Raipur. Hyderabad will be without fast bowler Ashish Nehra, who has been sidelined by a hamstring injury.