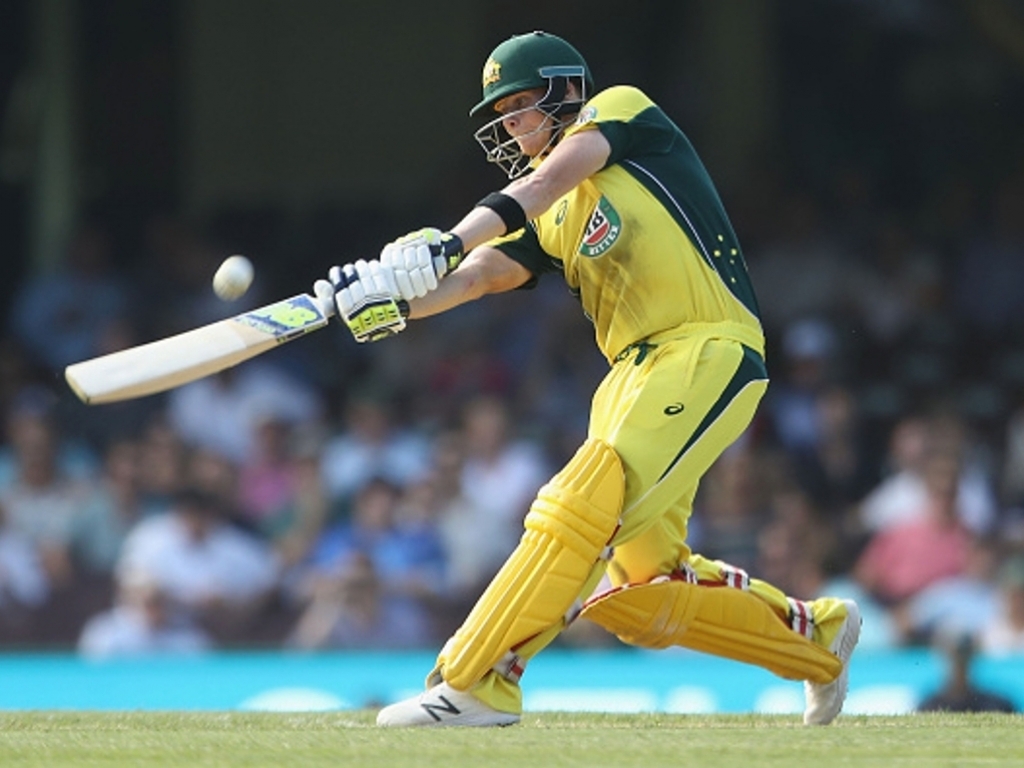 A record breaking 164 from skipper Steve Smith helped Australia record victory in the opening ODI of the Chappell-Hadlee series in Sydney on Sunday.

Australia posted an imposing 324 for 8 in their fifty overs before New Zealand fell 68 runs short of the total ending on 256 all out in 44.2 overs.

Aaron Finch got a first baller in the opening over of the game with the batsman undone by seam movement to give Matt Henry the first scalp of the series.

Steve Smith joined David Warner and the skipper who went on to score a big ton was lucky to survive a Trent Boult appeal on 14, had New Zealand reviewed replays showed he would have been given out.

Warner gifted Lockie Ferguson his first wicket in ODI cricket when he chopped on but it would be a long day for the debutant who ended with figures of 1 for 73 from nine overs.

George Bailey looked like he would help Smith rebuild the innings but he was strangled down leg off Jimmy Neesham for 17 to leave Australia 89 for 3.

Mitchell Marsh is once again under pressure to hold on to his place after he was run out for 1 after backing up too far and falling victim to a deflected Smith drive. Neesham the one who got the vital touch on it.

Travis Head came to the wicket and together with his captain laid a stunning platform for the finish.

Head was also the beneficiary of some ordinary fielding from Henry, who dropped him early in his innings.

Head kept the scoreboard ticking over while Smith blasted sixes and fours from the other end, making the most of a large number of the five no balls New Zealand bowled.

Smith became the second man after David Warner to score 1000 ODI runs in 2016 and went to his first hundred against New Zealand becoming the first Aussie skipper to achieve the feat in an ODI.

A great return catch by Boult off his own bowling would send Head packing for 52 but Australia looked set for a big one at 219 for 5 with one ball gone in the 42nd over.

Matthew Wade entered the fray intent on proving himself as a batsman in the light of comments made this week by teammate Glenn Maxwell.

The wicketkeeper smashed three sixes in his innings including some audacious ramp shots.

Smith would depart shortly after Australia passed 300 and just after he had passed AB de Villiers record score of 162 at the SCG.

Australia lost a few tailenders and Wade (38) before the end of the innings but their total of 324 was always going to be a challenge.

New Zealand appeared to be up for that challenge though led by Martin Guptill who smashed 114 off 102 balls before he smashed an Adam Zampa long hop to midwicket where substitute Maxwell took a routine catch.

Colin Munro played a fighting 49 but with Guptill gone and only the tail with him he would fall as the eighth Black Caps wicket and end all hope of victory.

Pat Cummins was loose on his return to international cricket conceding 62 runs from his nine overs while Josh Hazlewood continued his fine form taking 3 for 49 from his ten.