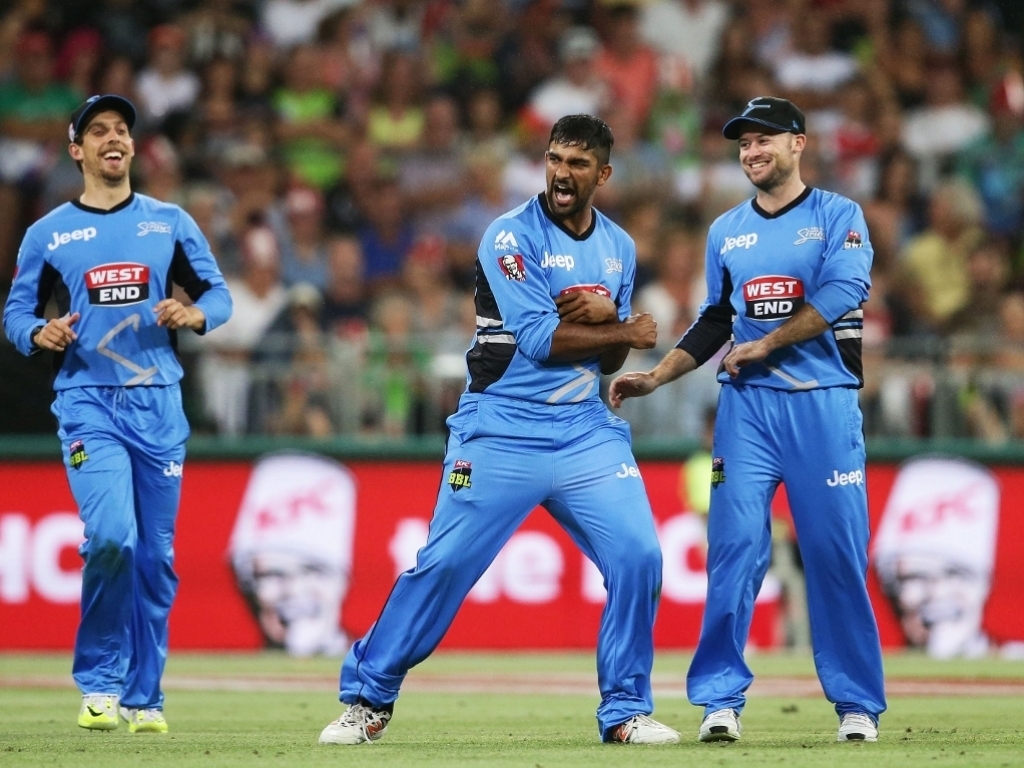 In a dead rubber for the Adelaide Strikers, leg-spinner Ish Sodhi spins Thunder away hindered any hope for the Sydney Thunder after they were bowled out for 101 runs.

Chasing a total of 179 runs, Sodhi took six wickets and only conceded eleven runs, making it the Striker’s best ever bowling figures.

Ben Dunk and Kieron Pollard were the pick of the batsmen in the first innings, with scores of 65 and 47 respectively. Strikers captain Brad Hodge also chipped in with a handy 39 not out as they put up a respectable 178/5 total.

Shane Watson and Carlos Brathwaite were the only wicket takers for the Thunder, while the other wickets were run-outs.

At first, the chasing team looked promising despite an early wicket. Kurtis Patterson and Watson scored 29 and 39 respectively to get the ball rolling.

However, Sodhi entered the frame and wiped out the attack in less than four overs with six wickets as Watson’s men crumbled for just 101 runs.

“I was pretty gutted that I couldn’t win it for the boys in the last couple of games, but to finish on a high here is satisfying,” Sodhi said after the match.

“This was a dead rubber match, but a massive shout out to the Strikers, they’ve rejuvenated by love for the game over the last 8-10 days. I really wish I could have done this a lot earlier.”